Virgin Australia’s plan to sack about 3,000[1] of its 9,000 staff, axe its budget brand Tigerair, streamline its fleet to only Boeing 737s and suspend long-haul international flying indefinitely should come as no surprise.

Its main competitor, Qantas, announced its cutbacks in June[2].

“Demand for domestic and short-haul international travel is likely to take at least three years to return to pre-COVID-19 levels, with the real chance it could be longer,” Virgin Australia chief executive Paul Scurrah said. “Which means as a business we must make changes to ensure the Virgin Australia Group is successful in this new world.”

The big question, though, is whether Virgin can ever become a sustainable competitor to Qantas.

That seems highly unlikely under its new owner, US private equity firm Bain Capital, which acquired the ailing airline in June[4] after it went into administration in April[5].

Even before the impact of the COVID-19 pandemic, Virgin had posted years of losses with debts approaching A$7 billion[6].

Private equity owners have a poor track record in creating strong, sustainable companies with long-term prospects. At their worst they can act a bit like used-car salesmen who know how to tart up and turn a profit on a vehicle with underlying mechanical problems.

They are undoubtedly masters of financial (not necessarily aeronautical) engineering; generally ill-equipped to provide the long-term investments in physical capital and service quality that an airline like Virgin Australia needs to be competitive. 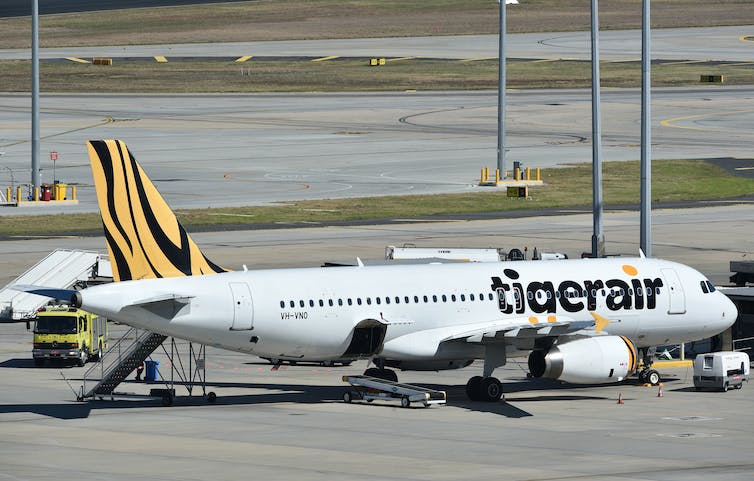 Virgin Australia’s budget brand Tigerair is being axed, along with about 3,000 of Virgin’s workforce of about 9,000. Julian SmithAAP

Private equity firms raise money from private investors such as wealthy individuals and superannuation funds. That money is pooled into a fund[7], which the private equity firm manages for a fee. Funds are typically used to buy undervalued and often financially distressed businesses, such as Virgin.

These funds have a short life – about six years on average[8]. They acquire a portfolio of companies, nurture those businesses to apparent commercial health and then sell them off (usually through a public float on a stock exchange) at a large profit. They can then divest themselves of their remaining ownership stake while the share price remains high.

Private ownership can be advantageous for a struggling company, because it removes the regulatory and other distractions that come with being a listed public company. It means management can make decisions without worrying about the short-term stock implications, for example.

But private equity players often fail to create long-term profitable companies, as the fate of some iconic Australian companies shows.

Take the money and run

In 2006 the then Coles-Myer group sold its Myer department store business to a US private equity consortium led by TPG Capital. In 2009 the private equity owners floated Myer on the Australian Stock Exchange and sold all their shares[9], making almost six times their original investment[10].

Six months after its float, Myer issued a profit warning. It has never traded above its issue price of A$4.10 a share. Its share price now is about 20 cents.

Read more: Seven ways to tell whether a private equity-backed IPO should be avoided[11]

Dick Smith Electronics suffered even worse when Woolworths sold it in 2012 to Australian private equity investor Anchorage Capital Partners[12] for A$94 million[13]. 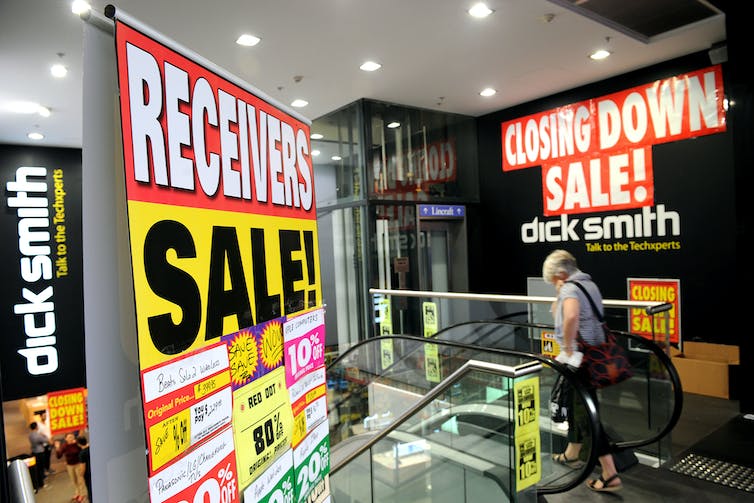 Read more: The ugly story of Dick Smith, from float to failure[16]

The fact that private equity firms are short-term investors who eschew regulatory oversight means they are ill-suited to own and operate any business - such as an airline - that is heavily regulated and requires large, long-term investments.

For a start, Bain has bought Virgin using mostly borrowed money. This debt will most likely, and in large part, be used to front-load dividend payments to Bain and its co-investors, allowing them to recoup their original investment before Virgin’s performance under its new owners can be adequately judged.

Bain will likely need to maximise cash flow to pay these dividends. How will it do this? We can predict the probable strategy:

Such a strategy will do nothing for Virgin’s long-term reputation, customer loyalty or indeed its commercial viability after Bain sells out. Bain will likely exit as soon as it can, when the stock market looks particularly frothy and it can find buyers prepared to buy Virgin Australia shares at a big premium.

None of this will make Virgin Australia a robust and long-term competitor to Qantas. It will in all probability be left with a debt-laden balance sheet, an orphan engaged in a fight to the death with a much stronger Qantas.

Read more: 'Home away from home': reflecting on past airline collapses in Australia[17]

In short, Virgin will most likely find itself in exactly the same vulnerable position it was before the COVID-19 pandemic, in no shape to survive the inevitable next aviation crisis without a taxpayer bailout.

It means a duopoly in the short term and an effective monopoly for Qantas in the longer term. And for Australian travellers that will mean higher ticket prices and lower quality service.