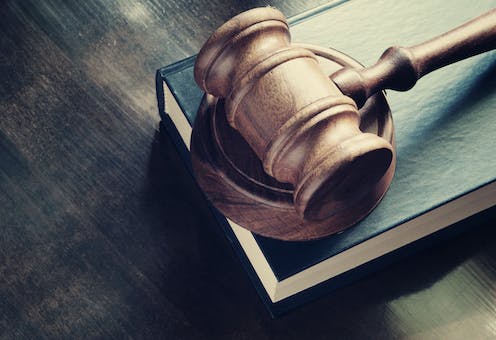 A much-awaited ruling from the Federal Court[1] has confirmed long-term casual workers can dispute their status and seek payments for entitlements such as annual leave.

The decision has been attacked by employer groups for allowing casual workers to “double dip” – because they are paid a loading to compensate for the lack of such benefits.

In response, federal industrial relations minister Christian Porter, has indicated[2] the government will consider legislation to address these concerns.

The most likely response will be changing how casual work is defined in the Fair Work Act. This is an issue long overdue for resolution. Despite millions being employed on a casual basis, Australian labour laws provide no solid definition of casual work.

About a quarter of Australian workers – more than 2.6 million people[3] – are employed as casuals (or at least were before COVID-19).

They get no annual leave, personal leave, notice of termination nor redundancy pay. To make up for that, they are generally entitled to a 25% pay loading.

Casual work is usually thought of as temporary, irregular or uncertain in nature. Some casual positions do fit that description. But research quoted in a 2017 Fair Work Commission case[4] found 60% of casuals had regular rosters and were employed for at least six months. Just over a quarter (28%) had jobs lasting more than three years.

Read more: Self-employment and casual work aren't increasing but so many jobs are insecure – what's going on?[5]

One reason for so many “permanent casuals” is that awards and enterprise agreements typically define a casual as anyone engaged and paid as such. This has encouraged the belief that, so long as a worker is labelled a casual by their employer, that’s what they are – no matter how stable and predictable their job.

Looking past the casual label

The Federal Court, however, has decided otherwise.

While the Fair Work Act does not define the term “casual”, the court affirmed previous rulings by deciding it should be given its “general law” meaning, with the “essence of casualness” being the:

“absence of a firm advance commitment as to the duration of the employee’s employment or the days (or hours) the employee will work”.

Its ruling this week against labour-hire company WorkPac[6] is tied to a 2018 ruling against [7] the company.

That case was brought against Workpac – which employs more than 6,000 workers on behalf of companies including Rio Tinto, Glencore, Wesfarmers, Anglo American and BHP Billiton – by fly-in-fly-out worker Paul Skene.

Skene worked for two years as a dump truck operator at two Queensland coal mines. Although engaged as a casual, he successfully argued his set rosters – working 12-hour shifts on a “seven days on, seven days off” basis – meant he should be treated as a permanent worker. As such, he was entitled to annual leave, and to be compensated for not getting it.

Rather than appealing that decision to the High Court, Workpac took the unusual step of funding another former mine worker, Robert Rossato, to pursue similar claims against it for unpaid leave and public holiday pay. It did this to test out some defences it had failed to run in the Skene case.

Workpac argued, with the support of the federal government, that even if Rossato was really a permanent worker. it could “set off” the casual loading Rossato had been receiving. In other words, if he was entitled to the benefits he claimed, he had already been paid for them.

The Federal Court has rejected this argument conclusively, ruling Rossato, like Skene, should have been treated as a permanent worker.

The central problem, the judges said, was that Workpac was effectively seeking permission to “prepay” entitlements that, under the Fair Work Act, are meant to be given or paid for in very different ways.

After the Skene decision, the Morrison government introduced a regulation[9] it claimed would clarify[10] the legal position on the “set off” argument.

However, the Federal Court found the regulation had no legal effect – an unsurprising ruling given the government’s own official explanation[11] always made this clear!

Where to from here?

It seems highly likely Workpac and/or the Commonwealth will appeal the Rossato decision to the High Court.

If so, the main issue will probably be whether casual status should be determined according to the “essence” of a work arrangement, or the label an employer has chosen to put on it.

In the meantime, the many businesses with long-term casuals will be worried about the prospect of retrospective claims for unpaid entitlements that could run into billions of dollars[12].

But it’s important to keep those concerns in perspective.

If long-term employees have fluctuating patterns of work, that may be enough to justify their casual status, even if they have an expectation of ongoing employment. A 2019 ruling[13] by the Federal Court confirming the casual status of an aircraft engineer suggests as much.

Whatever the position in the mining industry, where casuals often work full-time under set rosters, it may be easier to defend the labels placed on the much larger number of casuals who work in sectors such as retail and hospitality.

Read more: If we want workers to stay home when sick, we need paid leave for casuals[14]

There is no excuse for the failure of the current and previous governments (both Coalition and Labor) to define casual employment and put appropriate limits on its use.

Opinions will reasonably differ on how the complex issue of long-term casual employment is to be addressed. But both businesses and workers deserve better than the present state of uncertainty.