New Zealand’s 2020 budget will be one of the most significant in the country’s history. Whatever its content, it will be remembered alongside those of 1938 and 1991 as a pivotal event.

For any minister of finance, the stakes have never been higher and the problems facing the country never more dire. Over a few short weeks, Grant Robertson has put the New Zealand economy on life support. Now he will have to bring it back for a world all but unimaginable three months ago.

Given the cost of recovery, it’s unlikely any subsequent finance minister will get a second shot at it. The budget Robertson presents on May 14 will define this government in ways that are critical for the country’s future, even if it is only the first step on a longer road.

It will also mark the return of the budget as an event in itself. In recent decades we have almost forgotten just how important they used to be. Governments have deliberately downplayed their significance, releasing and spinning most of their goodies over the preceding weeks. 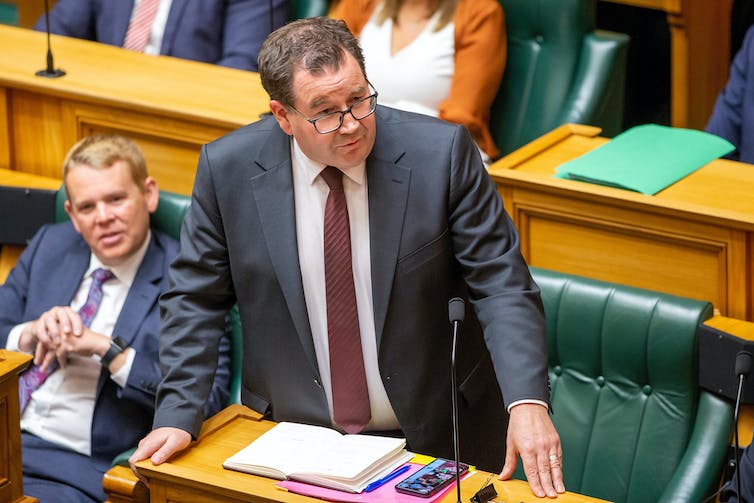 Now, with New Zealanders having been asked to trust the government through eight weeks of lockdown, and as the rules are relaxed, economic and social fears for the future will overtake heartening tales of life in our “bubbles”.

Budgets that changed the way we live

In the post-war era most New Zealanders gathered around radios to hear budgets. They were delivered in the evening after work and with the pubs closed at 6pm. Many had by then queued to top up with petrol, buy cigarettes or take home some beer or spirits, in the expectation of a few pennies added to excise duties on these precious items.

In 1958, when Labour’s finance minister Arnold Nordmeyer did just this, then-opposition leader Keith Holyoake successfully condemned it as the “Black Budget”, setting a clear path to 12 years of National government after the next election.

Dramatic as that was, the budgets of 1938 and 1991 were far more important in laying down lasting policy directions. Many of them still underpin the expectations and challenges Grant Robertson faces in 2020.

In 1938, Michael Joseph Savage’s Labour government was facing re-election after its landslide victory in 1935. The budget outlined an expansive depression-driven programme of social security, caring for New Zealanders from the “cradle to the grave”.

That budget’s other big policy of economic protectionism did not survive the following decades. But the social security provisions, which created our current health system and introduced new benefits and consolidated others, remain a cornerstone of government spending today.

Read more: Beyond travel, a trans-Tasman bubble is an opportunity for Australia and NZ to reduce dependence on China[2]

The mother of all budgets and its children

Half a century later, in 1991, the newly elected National government laid out a very different path, dramatically building on the direction set by the 1984-1990 Labour government.

National retreated from the promises of 1938, emphasising small government, market-driven policies, reduced benefits and a more competitive labour market. Low-income New Zealanders were to pay for what National demonised as decades of growth-stifling and wasteful state spending. 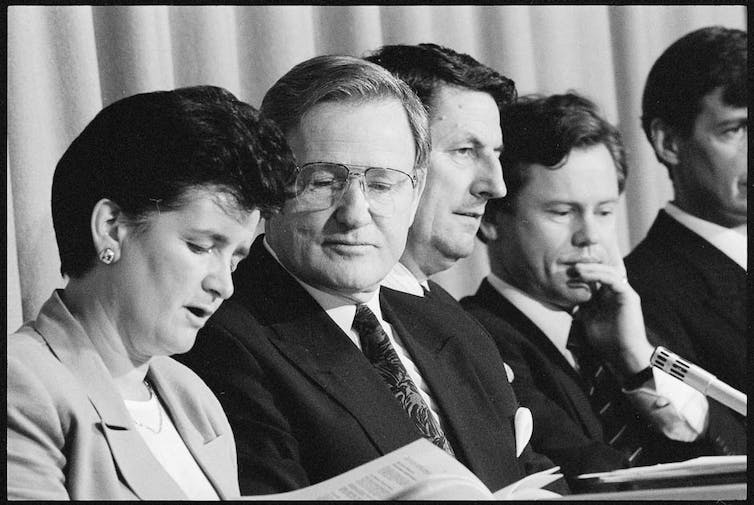 Finance minister Ruth Richardson with cabinet colleagues: her 1991 ‘mother of all budgets’ redefined the role of government. Alexander Turnbull Library

The more ambitious expectations of finance minister Ruth Richardson’s “mother of all budgets” were not met. New Zealand’s welfare state remained a far more significant safety net than she and her government had intended.

But her budget still refashioned the way government operated. It helped crystallise the belief that governments should balance their books and that taxes should not rise, even for the wealthy. The 1991 budget’s pursuit of surpluses, then still a dream for the future, also helped put New Zealand in a better financial position to face today’s crisis.

In 1938, with New Zealand still emerging from depression, many in the Labour Party wanted more dramatic socialist reforms. In 1991, the more radical neo-liberal wing of the National Party won the day. Both budgets reflected intense ideological debates about policy which had been fermenting for years, if not decades. And both painted very different pictures of New Zealand’s future, as they attempted to resolve challenges inherited from the country’s past.

In imagining a future for all New Zealanders in 2020, Robertson must balance these two competing aspirations. Both are deeply rooted in New Zealand’s past. But they must be applied to today’s situation beyond the immediate problems of limiting unemployment and its impact, sustaining small business and finding replacements for international tourism.

The budget must also aspire to longer-term solutions, including for climate change and social inequality. It cannot be backward looking – the world has changed in the past few weeks and some things may never return as they were. To succeed, it must draw on the degree of consensus and community that has already seen the country well placed to avoid the worst health impacts of the pandemic.

Above all, it will be crucial this budget promises a future that gives hope.