As Australia contemplates its post-COVID economy, industrial relations reform has been repackaged by some as the way to “kickstart” growth.

The Business Council of Australia (BCA) has called for[1] our workplace relations system to be simplified and enterprise bargaining to be improved. The Australian Industry Group and the Australian Mines and Metal Association are also beating the drum for reform.

It’s true our IR needs to be simpler.

But to do this right, we must focus on making enterprise bargaining easier for workers.

What does “simplify” really mean?

When lobbyists for large corporations call for a “simpler” IR system, too often this means reducing the scope or value of the award safety net. 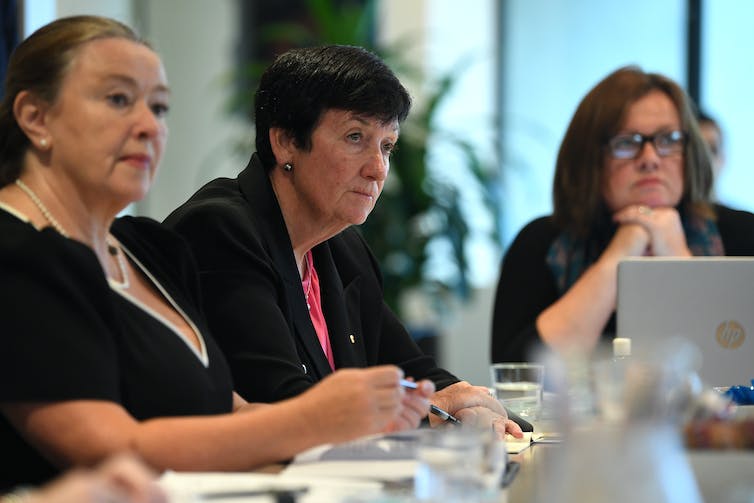 Awards now have similar rates of pay for similar types of work. For example, a qualified employee on a trade (C4) classification has pretty much the same minimum pay under any modern award, no matter their occupation.

Three decades of “award restructuring”, “award modernisation” and “award simplification” have done that.

Now, “simplifying” has become code for the earlier one-size-fits-all approach to reducing or removing[5] penalty rates, overtime pay, shift premiums, provisions on starting or finishing times, or the minimum pay rates themselves.

Doing so would “simplify” the making of profits. But it would also reduce the pay of many employees. There is little evidence[6] that cutting minimum wages and conditions would boost employment.

The need to address enterprise bargaining

What really needs simplifying in Australian IR is our enterprise bargaining system, which is remarkably complex.

This is not because the “better off overall test[8]” means no worker can be made worse off by an agreement — something that irks some large corporations[9]. It’s because the procedures tie worker representatives, in particular, in knots.

The enterprise bargaining provisions in the Fair Work Act[10] occupy over 75 pages with 90 sections. 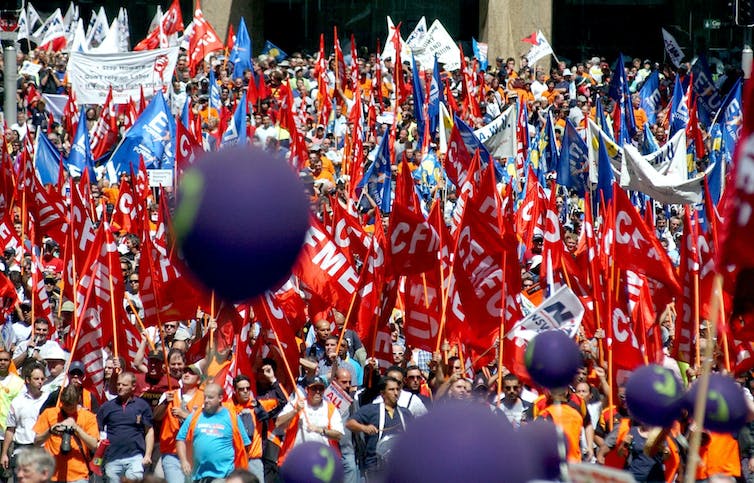 Those on industrial action, which can only legally be taken in negotiation of an enterprise agreement, occupy another 46 pages, not counting those relating to remedies and enforcement[11].

It makes bargaining a convoluted, tedious process, with many tripwires even for experienced parties.

Read more: Coronavirus redundancies are understandable, but there are alternatives[12]

Enteprise bargaining provisions: too many, too complex

Australia’s enterprise bargaining provisions contain twice the number of pages of those in New Zealand’s Employment Relations Act, while the bar for prohibiting a strike is low[13].

It is one thing to say (as a minority of OECD countries do), that strikes should be preceded by a secret ballot. It is another, less defensible thing to provide 24 pages[14] of detailed prescription on how those ballots must be undertaken.

Australia’s framework is much more complex than the comparable United Kingdom statute[15].

Even the Productivity Commission, which is no friend of unions[16], has questioned the “overly complex processes for secret ballots[17]”.

Read more: Overworked and underpaid: the revival of strikes in New Zealand[18]

The system also imposes complexities that are uncommon in other collective bargaining systems.

For example, unions are banned from engaging in pattern bargaining[19], though no comparable prohibitions are placed on employer behaviour.

Over time, these provisions have been seen as placing restrictions on workers’ rights to take industrial action.

It is an oddity that, while awards have been simplified, the process of collective bargaining has been made remarkably complex in Australia.

Why should simplification of one be linked to intensified complexity in the other?

To bring the system more in line with international practice on collective bargaining and industrial action, many restrictions should be removed.

For example, instead of setting out minutely detailed prescriptions on balloting procedures, the legal requirements, should be “fairly straightforward” as in Canada[20].

Read more: COVID crisis has produced many negatives but some positives too, including confidence in governments: ANU study[21]

This does not mean that every limitation should be abolished, but the level of detail in Australian legislation goes far beyond what could reasonably be expected in most other OECD countries.

The efficiency costs may be justified if those restrictions arise from equity considerations, to protect lower paid workers or the like. But these restrictions appear to exist simply to interfere in negotiations and tip the balance of power to one side or the other.

In this case, it’s at the expense of employees and their wages[22].

What the federal government will actually do is harder to predict. 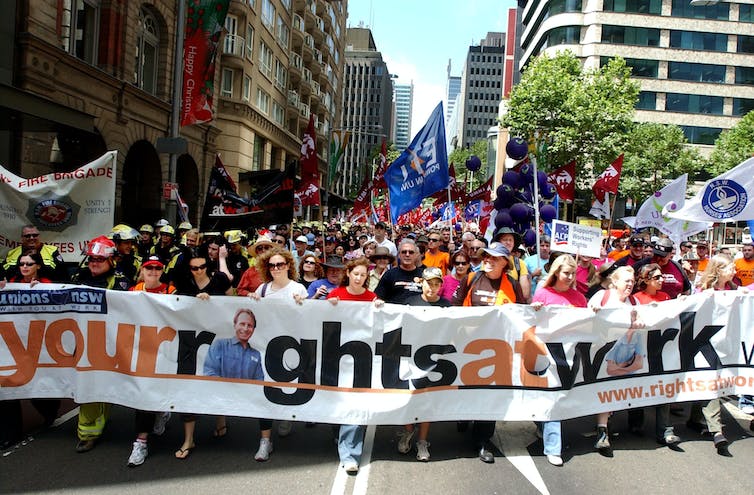 The Coalition is well aware of the electoral dangers of IR reform. Jeremy Piper/AAP

The Coalition lost government in 2007 in part because of overreach with Work Choices[23].

It declined to implement major industrial relations reforms after that because of fears of the political consequences.

While it may be emboldened by the COVID-19 context, its interests are very different to those of the BCA’s members.