The novel coronavirus sees Australia facing major unprecedented health and economic crises. The key to preventing a downward spiral of the economy is to avoid a collapse in incomes of newly laid-off workers who won’t be able to afford what they normally purchase, and temporarily closed businesses which won’t be able to pay rents or other fixed costs, nor buy goods and services to trade.

It is likely that once a vaccine is delivered by science, or even before, the economic recovery will begin. Thus the question: what are the most equitable ways to handle this major short-term trauma?

There is an instrument that should be used to add to the size and efficacy of the necessary fiscal boost. Income contingent loans provide extra financial support without threatening future fiscal solvency.

Read more: Coronavirus supplement: your guide to the Australian payments that will go to the extra million on welfare[1]

What are income contingent loans?

Most people in Australia would be familiar with our HECS (Higher Education Contribution Scheme) for tertiary education fees. Students take a loan from the government to cover the cost of their university now, and pay it back when they are earning over a certain threshold in the future.

In what was a world-first, Australia implemented this style of loan scheme in 1989 and it has now been copied in around ten other countries[2].

For those with a HECS debt, when incomes are low in certain periods, such as from unemployment, looking after an infant or caring for aged parents, no repayments are required at that time.

The government gets the money back later when the debtor’s financial situation has improved. This is known as an “income contingent loan”. 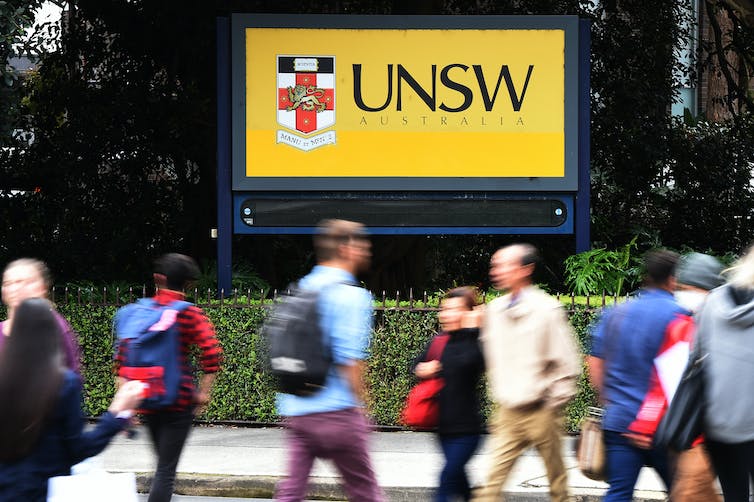 Higher education fees are loaned on the basis the debtor doesn’t have to repay until they can afford to. Dean Lewins/AAP

How could we use these loans for the COVID crisis?

It’s useful to distinguish three categories of financial stress that have emerged and which an income contingent loan could assist:

1) for individual employees recently, or soon to be, laid off

Income contingent loans can be designed for all three cases although each is quite different.

For employees now jobless, a HECS-type system could take the form of the government providing a fixed payment (for example $5,000) per person. Some part of that payment would be required to be repaid according to existing (or new) HECS parameters.

Those people whose incomes do not recover repay nothing, or much less than those who regain their financial security (who would repay fairly quickly). The experience of 30 years of efficient HECS collection, including lessons learned, has shown us this would all be administratively straightforward.

Read more: Which jobs are most at risk from the coronavirus shutdown? [3]

In the case of an income-contingent loan for business, a different approach should be used, that doesn’t involve personal incomes. What is needed instead is a revenue-contingent loan – a system designed and promoted by Linda Botterill and Bruce Chapman nearly 20 years ago.

The reporting of business revenue is a quarterly legal requirement of business through the existing Business Activity Statement which is used to collect the GST. Unlike profits, revenue cannot legally be manipulated to suit the timing of repayments. The revenue-contingent loan obligation would be linked to the Australian Business Number.

In the case of a small business, the government could provide a loan, which would be capped at a level reflecting a firm’s capacity to repay when revenues recover. This could be a fixed amount (for example 25%) of the average of the past three years of annual revenue.

To minimise the chance of non-repayment, eligibility could be restricted to firms that have a good chance of future solvency as reflected, for example, in them having been around for a fixed number of years (for example three years).

The government would need to set a repayment rate, and past modelling has revealed small rates of say 5% to 8% of future annual revenues would be sufficient.

To make sure all this would be equitable for business and healthy for future budgets, the government would need to now model different loan amounts, and different collection and interest rates.

Modelling the different assumptions for budgetary planning would be required to be more precise about the policy details.

Read more: The real economic victims of coronavirus are those we can't see[4]

In the case of assistance for not-so-small business, the sums of money needed for the current situation necessitate the involvement of the banks in cooperation with the government.

Government is not equipped to take over large-scale commercial borrowing. But a revenue-contingent loan would still have an important role to play in such a partnership with commercial banks for current not-so-small financial borrowing needs.

A partnership of this kind would be ideal for business, which then has the capacity to repay the normal loan even when there is no short-term revenue coming in.

It would also be beneficial for the banks, which would then have far higher prospects of full loan recovery. It also provides a future return to the taxpayer for the government support of banks during these difficult economic times.

The provision of income contingent loans to individuals, and the revenue contingent loans for business, would have major potential to sustain the Australian economy during a sharp temporary downturn, while not putting additional pressure on future fiscal solvency. This is a bridge to a sustainable recovery.

The authors are fellows of the Academy of the Social Sciences Australia. However these views are their own and not representative of the Academy.