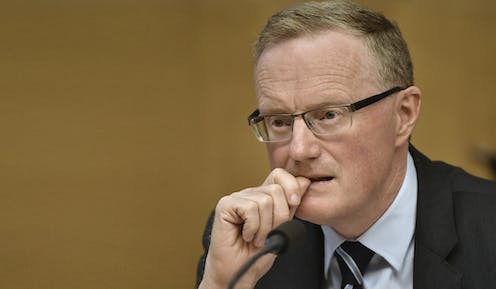 Today’s cut in the Reserve Bank’s cash rate to 0.25%[1] brings it a new all-time low and the floor below which it plans to cut no more.

But it’s just the beginning.

Importantly, in his statement[2] today Governor Philip Lowe said the Reserve Bank’s cash rate would stay at 0.25% for… well, for a very long time.

The board will not increase the cash rate target until progress is being made towards full employment and it is confident that inflation will be sustainably within the 2% to 3% target band.

Governor Lowe has previously described the bank’s estimates for full employment as being centred around 4.5%[3], meaning that, if interpreted literally, he is saying the cash rate will stay at its new all-time rock-bottom low until unemployment turns back down instead of climbing from its present 5.1% (as the coronavirus restrictions mean it is certain to do).

1. Rates at rock bottom for the duration

His commitment amounts to a commitment to keep rates at effective zero (the bank believes 0.25% is effective zero, the effective lower bound[4]) for at least three years, maybe even the best part of a decade, or as he put it late today, an “extended period of time[5]”.

To make sure banks can get money at that rate, the Reserve Bank is going to hand it to them[6].

It will provide a three-year funding facility to authorised deposit-taking institutions (banks and financial institutions that are similar to banks) at a highly-concessional fixed rate of 0.25%.

At first, it’ll provide 3% of their existing loan book[7].

Then it’ll give them extra “additional funding” on one condition: that they increase lending to business this year, especially to small and medium-sized businesses.

The payoff to banks for increasing lending to small and medium sized businesses is generous indeed[8].

The funds can be drawn on until the end of March next year. There is no extra borrowing allowance for additional housing loans.

It’ll cost the Reserve Bank north of A$90 billion.

Separately, the government – through the treasury and its Australian Office of Financial Management (AOFM) – will advance $15 billion[9] of its own money to enable smaller lenders to continue to lend to consumers and small businesses, bringing the total cost to more than $100 billion.

And, as long-expected, from tomorrow it’ll begin so-called quantative easing[11], buying government bonds from investors to force cash into their hands (and force down a range of long-term rates as a by-product).

If a particular part of the market isn’t working well, the bank might choose to focus on it, Dr Lowe said late on Thursday.

To give it guidance, it will have a target[13]. That target will be force the yield on a 3-year Commonwealth government down to 0.25% from its present 0.50%.

As Zac Gross[14] explained in The Conversation on Tuesday, it won’t be about the 3-year rate as such, but about using rate that to give it (and us) a guide as to whether it is doing not enough, or too much.

Its cash rate target is likely to remain 0.25% for years to come. From now on we will be focusing on other targets for other rates, and that’s what its monthly announcements will concentrate on.