The latest celebrity-chef-linked wage-theft scandal, with the high-end restaurant Dinner by Heston Blumenthal in Melbourne allegedly underpaying its staff by A$4 million[1], is the tip of the iceberg for wage exploitation in the hospitality industry.

Read more: Shocking yet not surprising: wage theft has become a culturally accepted part of business[5]

While the Rockpool claim has yet to be adjudicated by Australia’s Fair Work Ombudsman[6], it did agree in October 2018 to back-pay[7] staff $1.6 million. Perry told Fairfax Media[8] Rockpool had made “a few changes” to better comply with the law. “It’s always hard in restaurants,” he said, “but I believe we would be one of very few, if any, that are complying with it currently.” 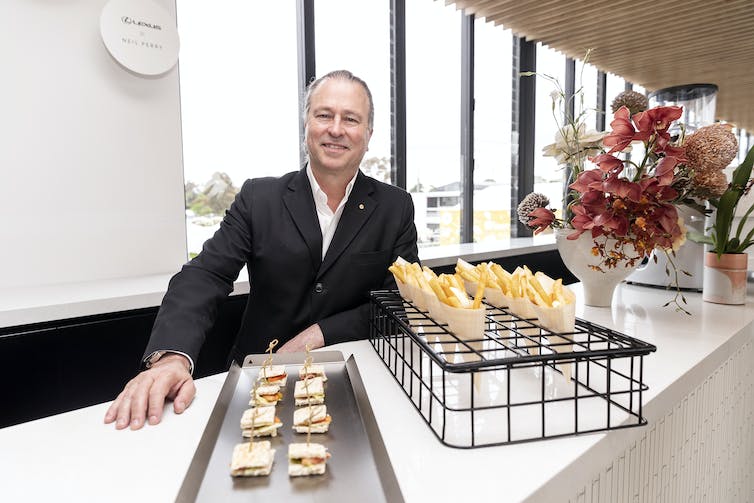 Our research, in partnership with William Angliss Institute[9], suggests he’s right about that. Since mid-2018 we’ve interviewed 180 culinary students, apprentice chefs and mature chefs as part of an ongoing study into mental health and wellbeing in the hospitality industry.

What they’ve told us confirms worker exploitation is institutionalised. In particular it takes three forms: unpaid overtime; not paying correct penalty rates; and making those looking for jobs do free work trials.

Our provisional findings confirm those of the 2018 Senate inquiry into corporate avoidance of the Fair Work Act[10]. The inquiry’s final report cited Victorian estimates that 79% of hospitality employers did not comply with the national award wage system.

What we’ve found isn’t just that wage theft is rife. What’s notable is that it is less like burglary and more like daylight robbery. Most staff know they are being paid less than what they are entitled to but accept it as “the norm”.

Dinner by Heston, which went into liquidation in December, allegedly underpaid staff by at least A$4 million over four years, according to the administrator’s report leaked to the New Daily[11]. The restaurant carries Blumenthal’s name though he does not own it.

Our findings are in line with this and the other celebrity-linked cases mentioned above. Unpaid overtime is the most common form of wage theft. Many chefs and apprentices told us of working more than 20 hours of unpaid work a week during peak periods.

Expectations of unpaid overtime was described to us an intrinsic part of the hospitality business model. It wasn’t a case of inadvertent compliance due to a complicated award system (as suggested by one-time MasterChef Australia judge Matt Moran[12]).

Read more: No, a 'complex' system is not to blame for corporate wage theft[13]

It was clear to both bosses and workers. One apprentice told us their employer justified it in the following terms: “We don’t have the budget for it. So we need to wait until we have the budget and pay you.”

The next most common form of wage theft, our research suggests, is not paying penalty rates. The majority of interviewees worked Sunday shifts or overtime or through breaks in exchange for the promise of time off, or accepted as compensation meals that might have been thrown away anyway.

Our interviews also suggest underpayment of entitlements such as superannuation contributions is common. Younger workers in particular were often unaware their superannuation was not being paid correctly until it was too late.

One factor contributing to this is the cash culture[14] in the hospitality industry. As one apprentice told us: “At my first job I asked them if I could be on the books and they said yes, but I didn’t get any pay slips. When I left that job I asked my former manager if I have a superannuation account or something, and he said no.”

Unpaid work trials appear to be common too. Two young chefs told us about being duped by the same Sydney restaurant, being asked to work at least three days for free. Neither were offered a job. “Talking to my classmates,” a culinary student said, “it’s common doing free trials.”

One cultural tradition contributing to owners pulling this stunt is the “chef’s sabbatical[15]”, when aspirational chefs do “stages”, working for free in renowned restaurants to learn from esteemed chefs. A “stagiaire[16]” may volunteer for up to six months to hone their craft and improve their career prospects.

“I’ve done loads of stages,” one chef told us. She travelled for months in the United States and Britain, working in the best restaurants for free. She accepted it was standard practice in the industry to build a career.

When our research is complete, we hope to be able to better quantify the extent to which industry practices contribute to poor mental health among hospitality workers.

Our provisional qualitative results suggest the effect is significant. Those we’ve talked to have told about the stresses of putting up with wage theft or seeking to address it.

“It was like a mental torture for me,” said one apprentice chef, “working ‘til four o'clock, getting paid 'til one o’clock.”

Another apprentice told us how his boss “went ballistic”, throwing a glass jar at the wall when he asked about his entitlements. “I had a massive anxiety attack.”

This toxic culture is contributing to workers quitting the industry. That’s a problem for a sector facing a shortage of 59,500 chefs by 2023[17] compounded by rising traineeship incompletion rates.