The latest data from the Australian Bureau of Statistics confirms household wealth has fallen, on the back of falling house prices, in the past year.

But it’s not all bad news. There are signs of hope in the portents for the next six months.

During the first quarter of this year, the net worth of all Australian households rose 0.2% to A$10.2 trillion. Total household net worth in March 2019 was 0.7% lower than in March 2018, largely because of steep falls over the final six months of 2018. 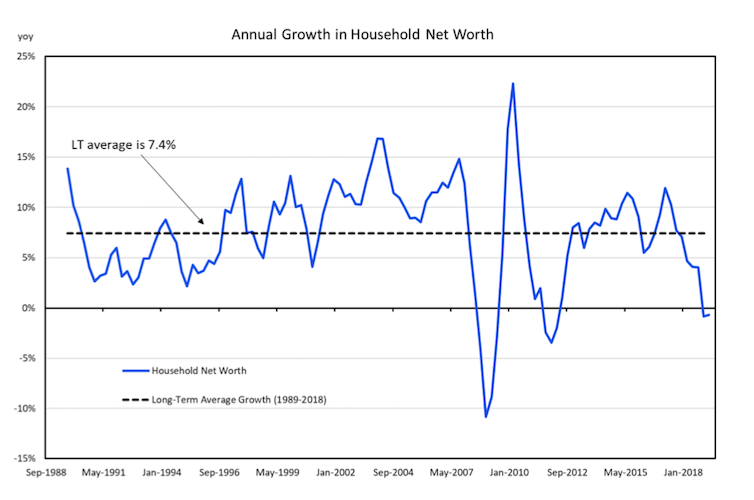 ABS This household “balance sheet event” – defined as an annual decline in household sector net wealth – is the third in the past 30 years. The other two were through the Global Financial Crisis of 2008 and immediately after. Housing (land and dwellings) comprises 52% of household-sector assets. Superannuation comprises 24%. Property values fluctuate with real estate prices, while superannuation is highly exposed to volatility within the financial markets. Consumer spending The next chart highlights the relationship between changes in household net worth and spending on discretionary items and durable goods. 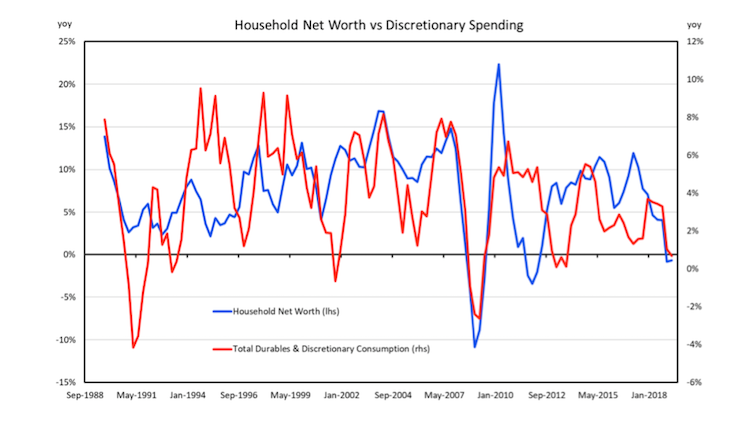 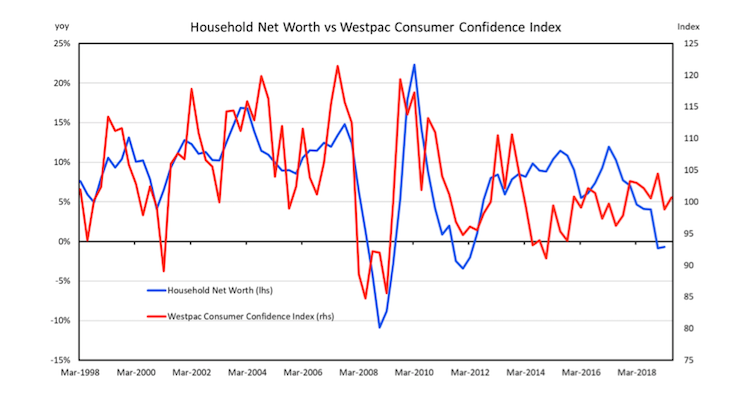 ABS & Westpac It’s hard to know for certain why consumer confidence has remained relatively steady, but two things stand out. First, the consumer financial adjustment has been orderly and deliberate as opposed to rapid and forced. It appears people have consciously adjusted spending and savings patterns to achieve long-term savings goals. Second, there has been ongoing strength in the labour market. Despite falling wealth, people still have jobs and this reinforces confidence. Shares and housing stocks It is safe to say consumers will start spending more once they feel their asset position has stabilised. Strong equity markets have played a big role in shoring up household wealth since the start of this year. As the next chart demonstrates, they could continue to do so over the period ahead. 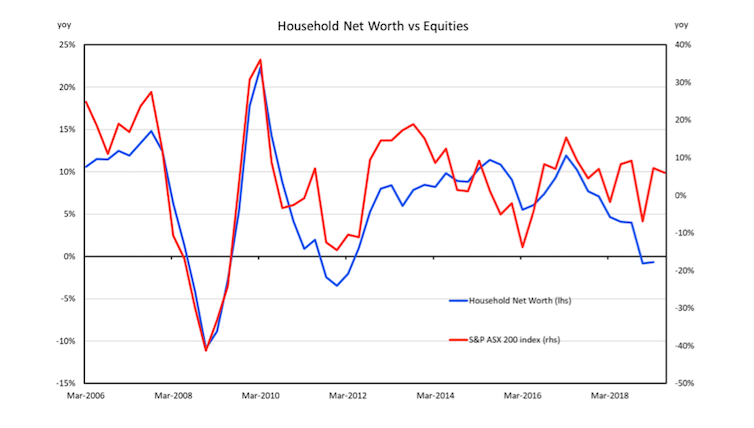 ABS & Bllomberg But the big swing factor is house prices – specifically land values. The Reserve Bank’s interest rate cuts should help stabilise house prices over the second half of 2019. Our last chart suggests this appears to have started, with auction clearance rates improving in recent months. 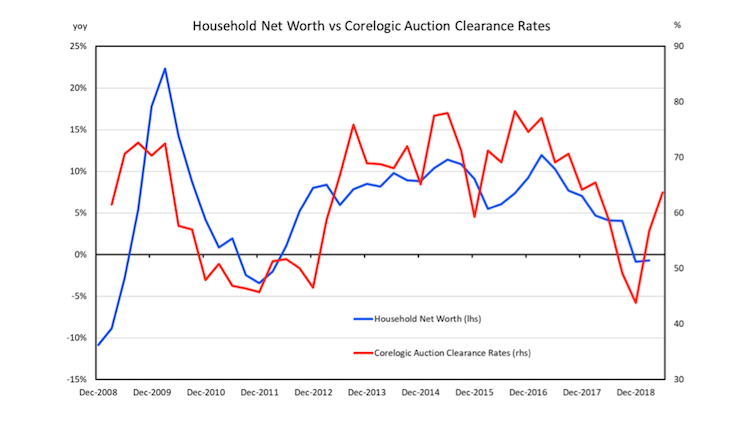 ABS, CoreLogic & Bloomberg This all suggests household wealth could start growing again in the second half of the year. That should go a long way to stabilising the economy.