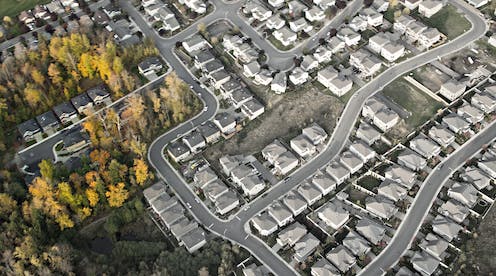 The pushback against federal Labor’s reforms to negative gearing is ramping up again with the release of NSW Treasury modelling[1].

The modelling predicts that Labor’s changes to negative gearing and the capital gains tax discount would cause a 0.8% to 1.3% decline in stamp duty revenues in the three years to 2022-23, or A$200 million over three years, assuming Labor’s policies take effect from January 1, 2020.

But behind the headline is the punchline: NSW Treasury is predicting house prices would barely move. Housing turnover would also fall, but only by between 0.3% and 1%. Since stamp duty revenues depend on (a) property sales; and (b) the prices at which they’re transacted, these figures mean that house prices fall marginally at most. They’d be just 0.5% lower than otherwise by the end of 2019, and around 1% lower over the three years.

These declines in prices is pretty consistent with Grattan Institute’s own research[2], which estimated that abolishing negative gearing would lead to house price falls in the range of 1% to 2%, assuming the value of the A$6.6 trillion property market falls by the entire value of the future stream of tax benefits.

Keep in mind that house prices in Sydney and Melbourne have already fallen[3] by more than 10%, punching a much larger hole in stamp duty revenues than that modelled by NSW Treasury as a result of reforms to negative gearing and the capital gains tax discount.

Arguably, the impacts of reforms to the CGT and negative gearing on the housing market would be even smaller today, because many investors are sitting on the sidelines after the recent house price falls and changes to macro-prudential rules.

It would raise money…

Winding back these tax concessions would enable the government to reduce other taxes, provide more services, improve the budget bottom line, or provide additional grants to the states (such as for hospitals) much greater than the A$200 million over three years that the NSW Treasury might lose.

The negative gearing change could increase rents, but only if it reduced the supply of new housing. With tight constraints[4] on the supply of land suitable for urban housing, most of the impact would be felt via lower land prices. And any effects would be small: most investment lending is for existing housing, and Labor’s policy leaves in place negative gearing tax write-offs for new homes.

…and stabilise the economy

The policy would also promote financial stability[5] by encouraging investors to chase rental yields rather than capital gains. The Reserve Bank, the Productivity Commission and the Murray financial system inquiry all raised concerns about the effects of the current tax arrangements on financial stability.

The policy would also promote an increase in home ownership. Fewer investors bidding at auctions would mean more homebuyers moving in.

Such small falls in house prices, as the NSW Treasury predicts, seems a modest price to pay for these benefits. Most Australians would probably take such a deal.

Read more: The Game of Homes: how the vested interests lie about negative gearing[6]