The Newcastle Herald has won eight Walkley awards for journalistic excellence over the past seven years. This includes a Gold Walkley for the groundbreaking reportage that led to Australia’s royal commission into institutional responses to child sex abuse. It has told stories of national and international importance.

But this local newspaper, serving the NSW regional city of Newcastle and the surrounding Hunter region, is not profitable enough for Nine Entertainment Co, which acquired it in the takeover of Fairfax Media last year.

Read more: Media Files: What does the Nine Fairfax merger mean for diversity and quality journalism?[1]

But this is the best news the staff of the Newcastle Herald have had for a long time. There’s a cautious optimism among both staff and readers that the newspaper (which began as the Newcastle Chronicle and Hunter River District News in 1858) could undergo – like the city itself – revitalisation. 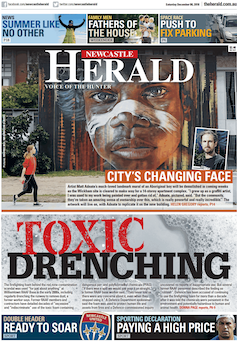 The new owner is a consortium of former Fairfax real estate supremo Antony Catalano and the Thorney Investment Group, a company that “concentrates on producing absolute returns for shareholders[2] over the medium to long term”.

Catalano has said he plans to “grow the business, not shrink it to greatness”. He has assured Herald staff that he is about “hiring, not firing”. That’s comforting following cutbacks and two brutal rounds of redundancies in the past seven years.

Yet these inspiring assurances may prove hard to keep.

Newspapers – and journalism more generally – still face structural headwinds. Neither platform prophets nor philanthropists have found a dead-cert solution to the dried-up rivers of gold once richly fed by classified and display advertising streams.

Read more: How the decision to paywall NZ's largest newspaper will affect other media[3]

So optimism about the benevolence of the Herald’s new owner must be cautious indeed. 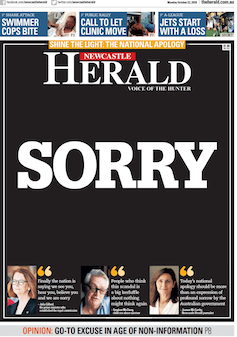 But optimistic we must be. Research provides empirical evidence to support just how important a local newspaper is to a local community.

According to a US study published in the Columbia Journalism Review[4] in 2018, local government becomes more wasteful without a local newspaper.

The researchers compared local government costs in counties where a newspaper had closed with demographically comparable counties still with a newspaper. It’s evidence media scrutiny is essential to governments being kept accountable.

Good local journalism sees, knows and cares about the local community. It reflects that community’s history, present and where its future might lie.

This is certainly the case with the Newcastle Herald.

Newcastle is the nation’s second-biggest non-capital city, with a population of about 325,000; the population of the Greater Hunter Region is about 625,000. The Newcastle Herald is the only newspaper serving the region six days a week.

As such the newspaper plays a significant role in setting the news agenda for other local media.

Journalists and production staff at remaining commercial news outlets in Newcastle all operate – in the words of one senior newsroom contact – on the smell of an oily rag. Repeated savage cuts and increased networking have played their part in reducing commercial radio bulletins to rip-and-reads of the day’s Herald. Even the ABC has decreased the number of local radio bulletins it provides.

The Herald has maintained its relevance largely because of the local, original stories it has pursued. It has done this despite its own newsroom being slashed, with a third of the journalists it had seven years ago.

Its much admired reporting on child sexual abuse (the Catholic diocese of Newcastle-Maitland diocese was a hotspot of crimes and cover-ups) is just one example.

Read more: Review: Spotlight's revealing story of child abuse in my home town – and maybe yours[5]

The paper has also led the way with coverage of the medical traumas of local women[6] that propelled a Senate inquiry[7] into pelvic mesh devices in 2017.

It also exposed the story of Cabbage Tree Road, a cluster of 50 cancer cases near a drain carrying toxic chemicals from the Williamtown RAAF base. The Herald’s reporting came from journalists knocking on the door of every home on the road. (The NSW Health Department has dismissed[8] there being a link.)

Investigative journalism is expensive to produce. No other local commercial outlet in the area has the resources to do public-interest and accountability journalism. They all rely on the Newcastle Herald to set the agenda.

For the good of the Newcastle and dozens of other local regional and rural communities, we can only hope the Herald’s new owner can do better than its last.