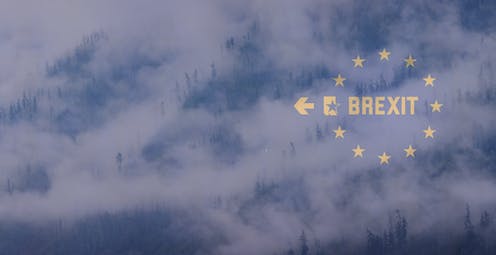 Now that the British Parliament has rejected the revised Brexit deal[1], all parties involved realise that uncertainties are here to stay.

The only certainty at this stage is that British politicians are about to vote on whether they prefer to leave the European Union without a deal at all, at 6 am Thursday, Australian Eastern Daylight time[2].

The world is watching, and the EU has shown a slow yet rather formidable capacity (and patience) to support Brexit – that is, to de-integrate constructively and peacefully.

The future for Britain and what will be the remaining 27 member states is unclear.

Others aren’t waiting for it to become clear.

Many corporations, as well as small and medium-sized enterprises and suppliers, have been preparing for Brexit (many for a “hard Brexit”) for some time.

That’s because, as the global financial crisis showed all too clearly, uncertainty leads to consumers cutting back on spending, businesses streamlining, closing or at least partially relocating; and financial markets demanding greater risk premia to lend.

Multinationals with operations in the UK are highly exposed to increasing costs, rising backlogs and uncertainties about whether they can move goods across borders. British firms, and those dependent on the British market, are warehousing extensively, and are relocating the non-essential assets offshore in mainland Europe as much as possible.

Read more: Theresa May loses another Brexit vote – is it time she just gave up?[3]

Nissan has announced it will not build its new sports utility vehicles in England, Honda is closing its UK operations, while Credit Suisse, Goldman Sachs, JPMorgan, Morgan Stanley, and Citigroup and HSBC have moved ownership of European subsidiaries and/or assets from London to remaining EU countries. Bloomberg and Panasonic are moving to Amsterdam. Airbus is likely to pull out of the United Kingdom and replace its UK suppliers. Companies such as the British airline Flybmi are collapsing.

The Economist recently referred to the current phenomenon as “slowbalisation[4]”.

Australia will negotiate with both

The EU is meanwhile negotiating a free trade agreement with Australia.

Its provisions focus on expediting the movement, release and clearance of goods, including goods in transit at customs, and the removal of non-tariff barriers, including raw milk cheese standards and conformity to the EU’s geographical indications and with the World Trade Organisation’s Agreement on Trade-Related Aspects of Intellectual Property Rights which has been signed by the EU but not not Australia.

Brexit will not allow the UK to benefit from the terms Australia negotiates with the EU. Negotiations for a separate UK-Australia agreement are expected to start soon, but only after Britain’s exit from the EU is formalised.

In the meantime, Brexit has already redefined the international business strategy of Australian firms that have traditionally accessed the EU Single Market through the UK, forcing them to opening alternative or additional offices in mainland Europe.

Will Australia be in a more powerful negotiating position with the UK than with the EU? Probably. Our 27 years of economic growth puts us in an excellent bargaining position; our forthcoming agreement with the EU and with major countries, including China and Indonesia and the Trans-Pacific Partnership, even more so.

Read more: Trade data shows Australia can get more out of a deal with the EU than the UK[6]

As the UK struggles to clear the fog over its future, there will be 71 trade agreements it enjoyed as part of the EU that it will need to review, renegotiating treaties within a world that is watching the UK’s deliberate disintegration of the most its most integrated and harmonised market with concerned, if bemused, interest.

The world is pondering what could have brought the British people to vote for Brexit despite what we now know was a crucial lack of information and a lack of any plan for how to do it.

Britain will have learned a lot of from the exercise. But by the time it has, much of the rest of the world will have moved on.