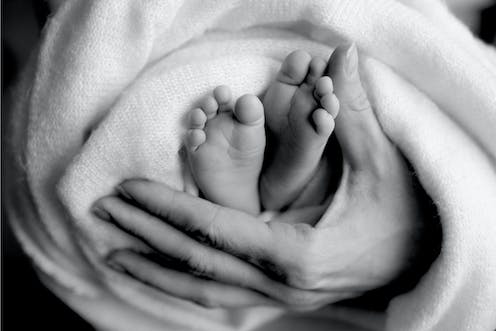 Boosting workforce participation has been the gender catchcry for at least a decade.

It can look like a simple and attractive solution.

After all, around one fifth of the wage gap is due to women taking career breaks to bear and care for young children[1].

And research suggests that reducing the wage gap by even half would increase Australia’s Gross Domestic Product by A$60 billion[2] over 20 years.

But while a lot of focus is placed on getting women back into the workforce, my research indicates we might be better served by focusing policy on helping to balance the scales on the domestic end.

It takes two to be unequal

What if, instead of asking, “how can we reduce women’s time out of the workforce to reduce the pay gap?” we asked, “how can we improve male participation in domestic settings and childcare?”

As part of my work on intersectional Australian masculinities, I have for the past two years been conducting a survey of Australian men[5] exploring how they were taught to think of themselves and men in boyhood and how those expectations match society’s expectations today.

It also asks them to reflect on what makes a “good” man.

The preliminary results suggest that in boyhood many men were taught to hold in their emotions and exhibit mental and physical strength.

But the same men said they recognised they needed to display kindness, affection, emotional and physical availability and be a “good father” to measure up in the modern world.

They overwhelmingly described a “good” man as one who cares most of all for the needs of others, is honest and caring, and has positive interactions with women and children.

They said they wanted to spend more time at home and engaging with their children.

Yet despite this, the statistics show they are not taking the time they might.

Australia introduced its current paid parental leave scheme in 2011[7], providing up to 18 weeks paid leave at the rate of minimum wage for one parent.

In the years since, research has found that although the scheme is open to both men and women 99.4%[8] of those taking the leave are mothers.

An additional two weeks leave, also paid at minimum wage, is offered to partners as dad and partner pay[9]. Only about one third[10] of men are using it. The proportion of men taking leave following the birth of a child remains unchanged.

Around half[11] of Australian businesses offer employer-funded leave. However while between 92% and 96% of women avail themselves of it, only 5% to 8% of men do the same.

So, what’s going wrong? It might in part be a “chicken and the egg” situation. If women earn less, it makes more financial sense for them to take the time off, which in turn means they earn less.

However, my research also shows that men still consider their role as “the provider” to be an important part of their role as men in modern Australia.

I suggest that this confusion forms an important cultural barrier to men making choices that would increase their role in the home and free them their sense of responsibility for the financial security of their families.

Read more: We can we reduce gender inequality in housework – here's how[13]

One reading of the data is that Australian men have similar anxieties to those reported by women for decades regarding the pressure to be all things to all people: to “have it all”.

If we helped men increase their participation in the home, we could simultaneously help them meet their desire to be closer to their children, redistribute some of the burden of domestic work, alleviate the barriers to women returning to work and give Australians of all genders more choice in the way they manage their families.

The data discussed in this article is part of an ongoing research project at The University of Sydney. If you would like to be a part of this research, you can take the survey at this link[14] or contact Rachael Bolton at rachael.bolton@sydney.edu.au