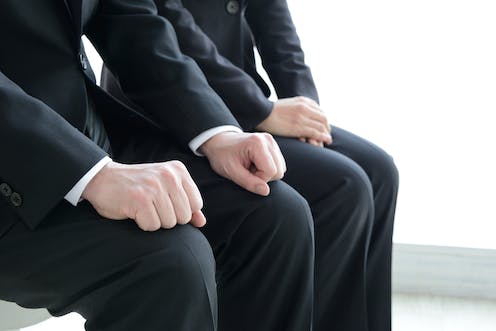 Justice Hayne says in almost every case of appalling misconduct examined by his commission, what happened was “driven not only by the relevant entity’s pursuit of profit, but also by individuals’ pursuit of gain”.

One of his suggested solutions is to change corporate culture[1], something one bank board chairman said in evidence would take 10 years.

Banning some, but not all, sales commissions will help.

But a big failing in the report is its inability to come to grips with the importance of setting remuneration targets and measuring performance.

Put simply, rating performance is a big part of the problem. And we have to rate performance.

We reward the end rather than the means

The way performance is rated and rewarded communicates clearly what the institution wants, but does not necessarily set any limits on how it is achieved.

Being recognised for customer service hasn’t been a big part of those wants. They have usually been usually more directly connected with profit.

For chief executives and their direct reports, that’s underlying group profit[2], which removes one-off items such as expenses to upgrade computers or pay redundancies or pay regulator fines. Some executives can earn more than 200% of their fixed pay as an extra short term incentive.

Read more: Banking Royal Commission: no commissions, no exemptions, no fees without permission. Hayne gets the government to do a U-turn[3]

If an executive earned fixed pay of A$2 million per year, the opportunity to earn an extra $4 million as a bonus provides a strong incentive to “perform”. Performance will also seep into decisions about the rate of base pay for next year.

This group profit growth target is then divided up between business divisions or units and sub targets identified. This process continues right down to frontline staff, who might get only 5-10% of their base salary as a bonus.

A particular definition of group profit

At this level the employment terms might explicitly link next year’s base salary with this year’s performance rating. Getting a good rating not only determines this year’s bonus, but also next year’s rate of pay.

Commissioner Hayne recommends changes to how the Australian Prudential Regulatory Authority supervises remuneration practices and extend the existing Bank Accountability Regime (BEAR) to other institutions such as insurers and superannuation funds.

He stops short of recommending new laws prescribing how financial institutions reward their staff, seeing that as a matter of culture and something where “no one size fits all”.

If we must reward profit, we could do it differently

But if financial institutions don’t expressly consider how good (profit) performance is achieved – whether it is by treating customers poorly, being less than frank with the regulator, cutting corners to achieve sales – nothing much will change and customers will continue to feel bitter and hurt, and the community will remain distrustful.

The sad truth is that left to their own devices, our financial institutions are likely to continue to set targets that value financial results over the right results for customers.

Read more: Confiscate their super. If it works for sports stars, it could work for bankers[4]

A better approach might be to ask financial institutions to take into account the one-off costs of fixing up the messes identified by the royal commission when measuring profit. And then to look beyond profit while also considering all customer outcomes, not merely net promoter scores of sentiment.