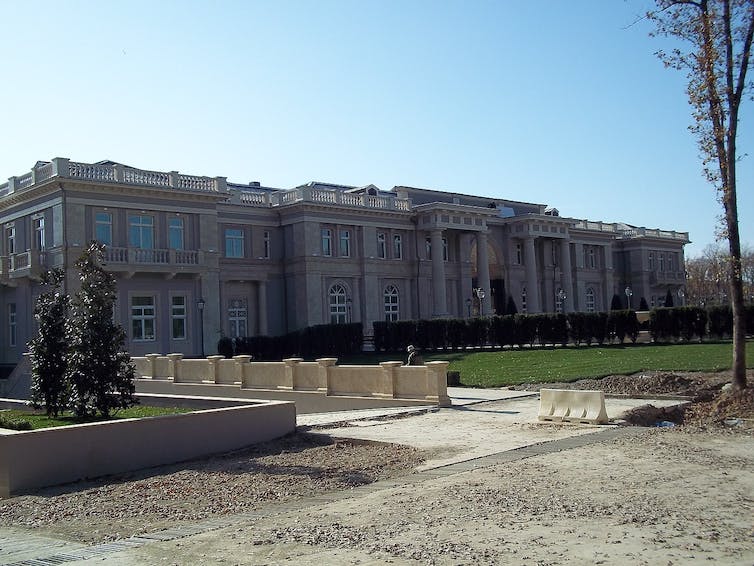 In explaining the reasons for Russia’s unexpected military weakness in Ukraine, few have expressed it better than The Economist. The magazine noted “the incurable inadequacy of despotic power” and “the cheating, bribery and peculation” that is “characteristic of the entire administration”.

Peculation means embezzlement. It’s a word rarely used nowadays; these words were in fact published by The Economist in October 1854[1], when Russia was in the process of losing the Crimean War.

But they might just easily be about Russia today, under Vladimir Putin, and the mess of its invasion of its far smaller neighbour. Rarely have the pernicious effects of authoritarianism and endemic corruption been so vividly on display.

Indeed Ukraine’s National Agency on Corruption Prevention has cheekily thanked[2] Russian officials for making “it much easier to defend democratic Ukraine” by embezzling “what should have gone to the needs of the army”.

How corrupt is Russia?

Of the world’s 20 major economies, Russia rates the worst on corruption.

In 2021, the respected Corruption Perceptions Index compiled by anti-corruption body Transparency International scored Russia 29/100, alongside Liberia, Mali and Angola. This made it the 44th most corrupt nation on the index. (South Sudan was most corrupt, scoring 11/100, and Denmark the least corrupt, on 88/100.)

To be fair, Ukraine’s score isn’t much better, having gone though a similar post-Soviet privatisation process that delivered immense wealth to a few oligarchs. Its 2021 corruption score was 32/100.

But President Volodymyr Zelenskyy has made tackling corruption a central policy, and Ukraine is improving on the index – unlike Russia. Ukraine also has some clear advantages for further improvements.

The US organisation Freedom House gives Ukraine a democracy score[4] of 39.3%, compared with 5.4% for Russia. Transparency International[5] rates Ukraine’s democratic processes as “generally free and fair”. It considers efforts in recent years to tackle corruption as slow and flawed, but nonetheless genuine and substantive.

Read more: How long can Vladimir Putin hold on to power?[6]

Putin’s Russia, on the hand, is described by Transparency International as a kleptocracy[7] – a government of thieves. Putin himself is estimated to have accrued a fortune of US$200 billion[8], making him (unofficially) the world’s second-richest man, after Elon Musk.

After Khodorkovsky’s conviction the other oligarchs went to Putin and asked him what they needed to do to avoid sitting in the same cage as Khodorkovsky. From what followed it appeared that Putin’s answer was “50%” […] for Vladimir Putin personally.

Much of Putin’s fortune is squirrelled away in foreign bank accounts and investments, as revealed by the Pandora Papers[9]. But he also enjoys material comforts such as a palace on the Black Sea reputed to have cost about US$1 billion – paid in part out of a government program meant to improve health care[10].

Money supposed to be for Russia’s military capability has also been plundered. For example, defence minister Sergei Shoigu lives in an $18 million mansion[13] – not bad for someone supposedly on a government minister’s salary.

A typical rort has been to award contracts to companies owned by cronies, who then provide shoddy products and pocket huge profits. Food and housing in the Russian military is said to worse than being in prison[14]. Russian soldiers sent to invade Ukraine have been given rations years out of date[15].

This has created a “Potemkin military” – all show and little substance – according to Andrey Kozyrev[16], Russia’s foreign minister from 1990 to 1996:

The Kremlin spent the last 20 years trying to modernise its military. Much of that budget was stolen and spent on mega-yachts in Cyprus. But as a military advisor you cannot report that to the President. So they reported lies to him instead.

It should be no surprise, therefore, that Russia is a deeply distrustful society. This has been measured by global surveys such as Lloyd’s Register Foundation World Risk Poll[17] and the Edelman Trust Barometer[18].

This distrust has been a hallmark of the Russian military’s performance in Ukraine.

Western military organisations emphasise empowering individual units to show initiative when plans go wrong. In marked contrast, the Russian military structure, like the state, is based on command and control, with little faith or trust in troops.

Read more: Equality and fairness: vaccines against this pandemic of mistrust[19]

This helps explain the high number of senior Russian generals killed on the front line in Ukraine – 12 at last count. Typically, generals manage battlefields from a safe distance. But, as a recent report[20] from The Economist has noted:

Morale has been low, logistics poor and casualties high. And that seems to have forced the generals to get their boots muddy.

And also put themselves within range of Ukrainian snipers and missiles.

This war, which the Russians expected would be over in days, has just entered its fourth month. It’s possible the Russian military can learn from its strategic and logistical blunders, and still win the battle for the Donbas area. But, unlike many Russian officers, general corruption and general distrust remain on the battlefield.