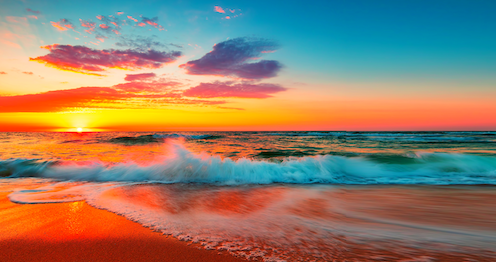 Labor has inherited an economy with a pretty full “head of steam”.

Unemployment has fallen to its lowest for 48 years[1] with only 1.3[2] unemployed for each vacant job.

And Australia has also been one of very few economies to benefit financially from the impact of the conflict in Ukraine on food and energy prices.

But Labor has also inherited an economy which, like most others at the moment, is experiencing a sharp acceleration in inflation[3]. As a result, interest rates[4] are likely to climb significantly over the next 18 to 24 months, weighing on Australia’s many heavily-mortgaged households.

And Labor will have to deal with the consequences of the ongoing slowdown[5] in – and the deterioration in relations with – Australia’s major customer, China.

It might also have to confront a sharp slowdown, if not a recession[6], in the US and much of the rest of the industrialised world.

And it might do so with limited room to deploy fiscal (spending and tax) tools, thanks to the deterioration in Australia’s public finances.

It has mandates for:

But it has no mandate for reforms that might lift Australia’s woeful productivity performance over the past decade, beyond whatever contribution any of the aforementioned policies might make, at the margin.

And, having acknowledged[7] its policies will marginally add to the projected budget deficits over the next four years, it has no mandate for anything that would put Australia’s public finances on a more sustainable medium-term trajectory (as its counterpart in New Zealand did in its budget handed down last week).

Read more: Albanese wins with a modest program – but the times may well suit him[8]

If it truly wishes to make a lasting difference to Australia’s medium term prospects - in the way that the Hawke and the Keating governments did - Labor needs in its first term to lay the groundwork for a more expansive mandate for its second term.

The most effective way of doing this would be to commission a series of inquiries into a limited number of issues posing the greatest medium-term challenges for Australia.

Among them would be ways of lifting productivity growth, housing affordability, tax reform, federal-state financial relations, the performance of Australia’s education system, and inequality.

If the inquiries had well-crafted terms of reference and were led by well-chosen people tasked with identifying solutions and making the case for change, Labor could then use their findings to create a more ambitious platform for 2025.

It is what Prime Minister John Howard[9] did. Having promised ahead of the 1996 election that he would “never, ever” introduce a goods and services tax, he used that term to make the case for introducing such a tax in his second term, put it to the 1998 election, and won.

Prepare for that second term now

Bob Hawke did a similar thing to Howard with his 1983 national economic summit[10] and 1985 national taxation summit[11], expanding the boundaries of what was politically possible while keeping faith with those to whom he had promised not to do certain things in his first term.

Read more: The teals and Greens will turn up the heat on Labor's climate policy. Here's what to expect[12]

The alternative approach of abandoning promises shortly after taking office, adopted by the Abbott government[13] in its first budget in 2014, and Queensland Premier Campbell Newman[14] in 2012, is usually fatal.

Not since 1931 has a first-term federal government failed to secure a second term. This makes it possible to lay the groundwork now for that term, creating the mandate to allow Labor to do what it won’t be able to do in its first.