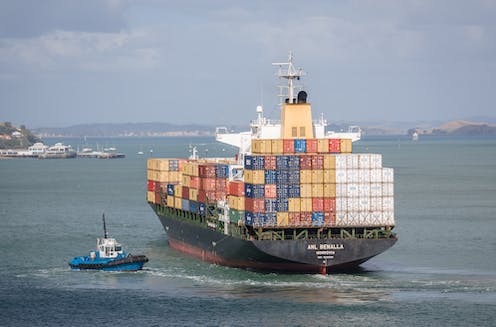 Uncertainty in the aftermath of Russia’s invasion of Ukraine has wreaked havoc with the international commodity markets.

In the normal pattern of the global economy, commodity exporting countries like New Zealand benefit from a rise in commodity prices and the subsequent strengthening of their currencies.

But these are not normal times.

In 2022, commodity prices have risen but the New Zealand dollar has failed to strengthen. So what is different and what should consumers expect?

The Russian invasion of Ukraine has contributed to extreme uncertainty in financial markets, including the currency markets.

The war resulted in significant increases in global commodity prices[1], particularly for energy and agricultural commodities.

Uncertainty around Russia’s invasion of Ukraine has caused the price of commodities to increase. Getty Images[3]

Again, this imbalance between the commodity markets and our currency is not normal.

The New Zealand dollar is classified as a commodity currency, along with the Australian dollar, Canadian dollar and Norwegian krone. Primary commodities (dairy, meat and timber in the case of New Zealand) constitute a substantial part of these nations’ exports.

For countries like New Zealand, the changes in global commodity prices are one of the main drivers[4] of the country’s terms of trade fluctuations and, therefore, the currency value.

Generally, the value of the currency – the exchange rate – increases when export commodity prices increase. The New Zealand dollar[5], for example, tends to increase in value when global dairy prices increase.

But recent research[6] has revealed a blip in the normal pattern.

However, around the start of the Ukraine war this relationship reversed and became negative. The reversal was particularly evident for commodity currencies.

This study showed that despite the substantial increases in global commodity prices between January and March 2022, the expected corresponding increases in the value of commodity currencies did not occur.

The value of the New Zealand dollar dropped 0.6% from January 18 to March 1, despite sizeable increases in the global commodity index, the S&P GSCI[8] (Standard & Poor’s Goldman Sachs Commodity Index), and the global dairy trade index[9], which increased 17.74% and 13.4% respectively over the same period.

It appears the breakdown in the relationship between the value of the currencies and commodity prices was due to the extreme uncertainties and geopolitical risks during the January to March period.

This global study also found that the closer a currency was to the conflict, the worse it performed. So, New Zealand has been advantaged by its geographic distance from the war.

The New Zealand dollar value held better during the January to March period compared to the value of other currencies.

Commodity currencies like the New Zealand dollar traditionally strengthen on the back of rising commodity prices. Getty Images[10]

Perceived uncertainty due to the conflict has reduced as the war has dragged on and the global commodity markets reversed their upward trend.

During April and May, global dairy prices[11] decreased 13.1%, potentially due to the expected global economic slowdown and subsequent reduction in consumption, China’s “zero-COVID” policy with lockdowns and the corresponding drop in demand, as well as the seasonal adjustments of dairy prices[12].

That said, a weak New Zealand dollar is bad news for New Zealand consumers as it increases the prices of imported goods, including fuel, further contributing to already high inflationary pressure.

It also makes it more expensive for New Zealanders to travel overseas, something many people were looking forward to after two years of closed borders.

Read more: New Zealand is overdue for an open and honest debate about 21st-century trade relations[13]

On the flip side, a weaker New Zealand dollar can give a much needed boost to the New Zealand tourist and tertiary education sectors, as it makes New Zealand less expensive and therefore a more attractive travel and study destination.

A weakening New Zealand dollar is also beneficial for exporters of products like wine, as it makes them more competitive in global markets and increases external demand for these products.

While the war in Europe had a global and unexpected impact on New Zealand’s currency, the normal state of play is returning. The reemerging trends can give businesses and consumers a small sense of certainty after months of things being upside-down.