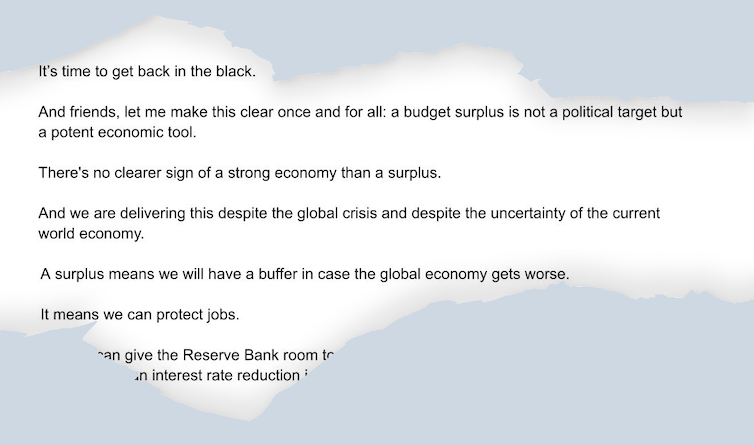 A decade ago, and years before Treasurer Josh Frydenberg promised a budget that was “back in the black[1]”, Prime Minister Julia Gillard promised the same thing.

At that time, in the lead-up to the 2012 budget, unemployment was higher than it is today, and inflation and wages growth were so low (1.6% and 2.3%, respectively) as to provide no impediment whatsoever to cutting unemployment further.

Yet Gillard was resolute in her determination to bring in a budget surplus, by which she meant a budget that spent less than it took in.