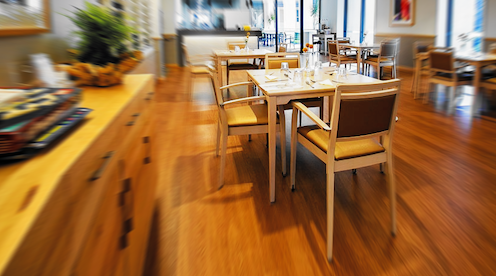 Nursing home residents confined to their rooms during COVID are like hypothetical tenants locked in their bedrooms by landlords – unable to take showers, able only to make only sandwiches for meals and cut off from visitors and socialising with fellow residents.

If it happened to tenants they would be entitled to stop paying rent, go to an appeals tribunal, or move out. But aged care residents have to keep paying.

The Commonwealth has instigated an investigation focusing on death among residents during COVID, but this narrow focus ignores the broader impacts of the pandemic on residents’ quality of life.

What do residents pay, and for what?

Residents in aged care homes pay what’s called a Basic Daily Fee[1]. This is set at 85% of the single age pension to cover meals, laundry and other daily living services. It is currently $53.56 per day.

About half also pay for accommodation on a means tested basis, either as an upfront Refundable Accommodation Deposit[2] (RAD) or a rent-like Daily Accommodation Payment[3] (DAP).

The RAD is fully refundable 14 days after the resident leaves. The home lives off the interest. The average RAD is less than A$500,000. Some exceed $1 million.

Both the RAD and DAP are set by the provider, within Commonwealth guidelines.

Those entering residential care have increasingly[4] opted to pay via the rent-style DAP rather than RAD.

This change appears to reflect increased awareness on the part of incoming residents and their families and advisers that the financial commitment of a RAD may not be the best option if the stay turns out to be shorter rather than longer.

The average length of stay is skewed by some very long stays. While the average stay is almost three years, the median (typical) stay is half as long. About 30% of residents leave within six months, mainly through death.

The Commonwealth pays an accommodation supplement to fully or partly cover the cost of providing accommodation to those who can’t afford either the full RAD or DAP.

Currently $59.49 per day, the supplement is a proxy for the average DAP.

A resident paying the Basic Daily Fee and a Daily Accommodation Charge equal to the supplement pays $791.35 per week.

But for many residents confined to their rooms, the $374.92 per week Basic Daily Fee is for services no longer fully delivered.

There’s an Aged Care Quality and Safety Commission[6] they could complain to. But as each resident has an individual agreement with the provider, it would have to be done one-on-one, rather than collectively.

The ability to move has been limited at the best of times. Aside from the emotional upheaval involved, finding a vacancy, making financial arrangements and getting a refund of a RAD takes time.

The Commonwealth, providers and even the Council on the Ageing describe what we’ve got as a “consumer driven, market-based aged care system[7]” yet consumers aren’t able to drive.

They lack bargaining power and individual complaints to the Aged Care Quality and Safety Commission[8] are few and far between. No advocates have so far talked of a class action.

A start would be to phase out Refundable Accommodation Deposits as recommended by aged care royal commissioner Lynelle Briggs[9] in March 2021.

This would mean residents hadn’t effectively pre-paid their rent as a lump sum.

Read more: 1,100 Australian aged care homes are locked down due to COVID. What have we learnt from deaths in care?[10]

In the short term, immediate action is needed to ensure no resident pays on-going fees for daily services they are not receiving or for accommodation they can only occupy and use in very restricted ways.

But requiring providers to repay and then forgo even part of these payments might hurt their liquidity, jeopardising their ability to continue to provide care.

Instead, the Commonwealth needs to urgently come up with compensation arrangements and ensure charges are applied only to services that are delivered.