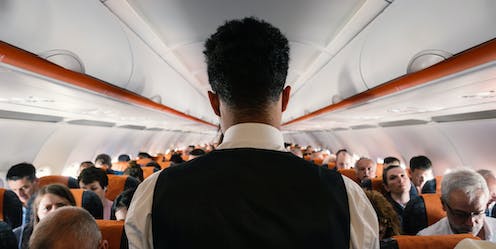 After its worst two years since the second world war, 2022 is looking brighter for the global airline industry. For passengers, though, the chance to travel at low cost again may prove short-lived.

In 2020 international passenger demand was less than 25%[1] that of 2019, according to the International Air Transport Association. 2021 data isn’t yet available, but the hiccups of the Delta and Omicron variants make the association’s forecasts of 50% of 2019 levels look optimistic.

With international and domestic routes reopening, airlines are offering a range of special deals on airfares. These deals are partly to entice back uncertain travellers and partly to compensate passengers for costs required to travel internationally, such as fees for COVID tests.

But don’t expect the cheap fares to last.

They are likely to have a brief lifespan, as the industry come to grips with post-pandemic realities minus the government support that enabled so many, contrary to predictions[2], to survive.

Read more: The airline industry hasn't collapsed, but that's the only good news for overseas travel[3]

Now comes a reckoning, as surviving airlines seek to return to viability, repair their debt-laden balance sheets and future-proof their operations, with no guarantee they’ll get the same government support when the next crisis hits.

What this may mean is abandoning the business model of wafer-thin profit margins that delivered ever cheaper airfares from the 1970s until the beginning of 2020.

Up until the 1970s the airline industry was highly regulated.

Domestically, this was often done by governments to protect state-owned airlines. Australia’s “two-airline policy[4]”, for example, restricted competition on major routes to just two airlines – the government-owned Trans Australia Airlines and a private competitor (Ansett Airlines for most that time).

Internationally, airfares were kept high by price cooperation through the International Air Transport Association (IATA), often described as a cartel. There were two ticket pricing levels – first-class and economy.

Until 1970 the biggest commercial jet aircraft was a Boeing 707, which could accommodate 180 passengers at a squeeze. Airfares had to be high to cover the high cost of operations (especially jet fuel). Most airlines accepted the IATA fare levels. Discounting was rare.

A Boeing 707-138B alongside a Boeing 747 at the Qantas Founders Outback Museum, Longreach, Queensland. Wal Nelowkin, CC BY-SA[5][6]

This led to many changes in aviation operations and costs. Jumbo jets also enabled greater seat-pricing flexibility, with the introduction of business and premium economy classes.

When I began work as a travel consultant in 1981 the regulation of air fares was beginning to unravel.

The official IATA economy return fare from Sydney to London was about A$3,500. But you could find fares on selected airlines for about A$2,500. (This was still several months’ wages for most, with Australian average weekly full-time earnings in 1981 being A$311 for men and A$241 for women[7].)

In the 1980s and 1990s, travel agents began to set themselves up as “bucket shops” specialising in offering discounted air fares to fill empty seats on less popular airlines.

This was how Flight Centre started. It opened its first shopfront in Sydney in 1982[8], followed by stores in Melbourne and Brisbane. (It now has more than 650 shops in Australia, and more than 550 in 10 other countries.)

Lower costs and plummeting air fares made the IATA’s fares increasingly irrelevant. With the global rise of low-cost carriers, many of which were not IATA members, the IATA finally abandoned so-called “YY” fare-setting in 2017[10].

Government regulation was also unwinding. Australia’s two-airline policy ended in October 1990[11]. Deregulation permitted more competitors, and airfares were driven by the market rather than set by regulatory bodies.

By 2019, a return fare between Sydney and London on a reputable airline could be bought for about A$1,250, less than Australia’s average full-time adult average weekly earnings of A$1,658[12].

Why the cheap fare era may end

These price falls depended on airlines embracing a business model based on lower profits per customer but flying a lot more customers, cutting fixed overheads by using larger-capacity aircraft.

This business model contributed to the number of global tourists increasing from about 166 million in 1970 to 1.5 billion in 2019[13]. But it also meant airlines needed planes full of passengers to make a profit. By 2019 the average pre-COVID profit margin per passenger on a long-haul international return flight was about US$10[14].

It’s difficult to see how running on razor-thin margins can continue to be the industry model.

Read more: The end of global travel as we know it: an opportunity for sustainable tourism[15]

During 2022 it is likely we will see consolidation within the industry, with the airlines that survive looking to diversify into other businesses, such as catering or insurance.

Low-cost carriers may still be viable, but only by convincing customers to pay for “ancilliaries” beyond the airline seat, such as in-flight snacks, extra luggage capacity or a booking a hire car.

Although most airlines are committed to limiting price increases, there is no escaping the fact they have two years of massive losses to make up and the continuing extra cost of COVID-related regulations to absorb.