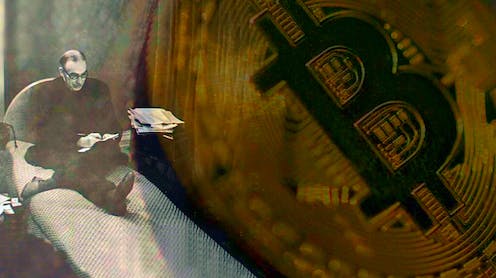 John Maynard Keynes[1] (1883-1946) was the greatest economist of the twentieth century. Less well known is that he had a parallel career as a successful investor[2]: fairly successful early in his career, and spectacularly successful later on when he changed his strategy.

After the first world war, his income depended more on his investments than his academic work.

In addition to his personal investments, he managed the investments of King’s College, Cambridge, of which he was a member.

Under his stewardship the value of the King’s College fund increased twelve-fold[3] over a period in which broader markets failed to even double.

It was said Keynes achieved these high returns while only devoting half an hour[4] every morning to the task, before he got out of bed.

Keynes quoted[5] approvingly to his friends a line from Volpone[6], a classic poem:

He most certainly did seem to more highly value the cleverness with which he made money than the money itself. He saw strategy as an alternative to art[7] for someone without the requisite talent.

Keynes as a young man was very confident about his own abilities, and less so about those of the general investing public.

In his early investments he tried to benefit from market timing, staying just ahead of the crowd.

Compared to the crowd at this time, the young Keynes invested more in equities (shares) than in bonds (debt).

He also speculated on exchange rates and commodities. And he was far more willing than the crowd at the time to invest outside his country, being fond of Australian government bonds.

Among his portfolio were modern artworks[9]. Some were by his friends but – judging by the records he kept of their prices – some also served as investments.

Keynes’s artistic judgements produced an annual real rate of return of 6%[11], which is similar to what he might have earned from shares. But it provided him with what shares could not – what the artistic and literary Bloomsbury Group, of which he was a part, called “the enjoyment of beautiful objects[12]”.

This younger Keynes might certainly have thought about Bitcoin, believing he could buy into something before it got big, and then sell out in time.

But the formula didn’t always work, even for him.

He now regarded trying to get the timing of cyclical investments right as “impracticable”, saying most who attempt it “sell too late and buy too late”.

He wrote that most who try it concentrate too much on capital appreciation and too little either on “immediate yield or on future prospects and intrinsic worth”.

Read more: What is an ETF? And why is it driving Bitcoin back to record high prices?[14]

One of today’s most successful investors, Warren Buffett[15], has written of his admiration for Keynes’ brilliance[16] and emulated his style[17].

Shortly before his death, Keynes warned of the dangers for investors of joining bandwagons. As he put it

if everyone is agreed about its merits, the investment is inevitably too dear and therefore unattractive

During this most successful period Keynes avoided bets on products with no fundamental value.

And he was worried about them for broader reasons. As he put it in his 1936 General Theory[18]

when the capital development of a country becomes a by-product of the activities of a casino, the job is likely to be ill-done

The latter-day Keynes would not have bought Bitcoin and might have even preached against it.

This was the Keynes whose investments were the most successful.