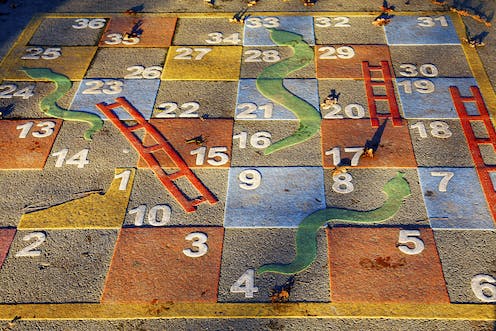 This week’s International Day of Older Persons[1] reminds us Australia has made an international commitment to work towards the eradication of poverty in old age[2], and that at least one side of politics, Labor, has developed a suite of policies it says will help.

The retirement savings of single women are well below[3] those of single men, and homelessness among older women is climbing[4].

Labor’s policies are built around superannuation[5]. It has promised to remove the A$450 per month wage threshold at which employers make compulsory contributions meaning they will make them for all workers, and to itself make contributions on behalf of workers during paid parental leave.

Read more: Super. If Labor really wanted to help women in retirement, it would do something else[6]

Questions have been asked about whether these moves would do much at all to lift superannuation balances[7].

Questions have also been asked about whether, even if they did boost superannuation balances, that would be the best way to help the women most in need in old age[8].

Unpaid work, part-time and interrupted work, and the gender pay gap are only some of the reasons women are poor in retirement. A lot of the time the reasons are far more complex.

When I asked women[9] over 40 to draw their careers on pieces of paper, they drew circles, zig zags and spirals, what one called called: “ups and downs, and rounds and rounds, and a bit, sort of, snakes and ladders”.

The drawings contrasted with the linear, continual and upward (albeit interrupted) financial trajectory usually assumed by financial planners.

Sexist workplaces and ageism have a lot to do with it.

I and my colleagues heard accounts of harassment that resulted in women being denied promotion despite being good candidates and leaving lucrative jobs or re-starting their careers in lower-paid, less hostile environments.

Domestic norms such as the “second shift[10]” (the work undertaken by women at home in addition to their paid jobs) and the “mental load[11]” (the job usually assigned to women of being aware of what needs to be done to keep the household running) eat away at what’s possible.

And choice isn’t all it is talked up to be

Business legends Sheryl Sandberg (chief operating officer of Facebook) and Marissa Mayer (until recently president and chief executive officer of Yahoo!) talk about the battle for economic security as a battle for the right to make choices, or as Sandberg puts it, to “lean in[12]”.

But inflexible work structures, hard to get child-care, expensive childcare, and enduring social norms make it hard to exercise choice.

Taken too far, the idea that women are free to make choices can lead to unhelpful suggestions that they should bear the financial consequences of having children[13] – a suggestion rarely made about men.

Superannuation is sold as being about choice. It is built around individual accounts, with a choice of fund.

But women’s superannuation balances are also determined by relationships and cultural expectations, among them gender inequality in family care for older or disabled family members[14] and the division of household labour.

Read more: The superannuation myth: why it's a mistake to increase contributions to 12% of earnings[15]

To present different outcomes as the results of choices undermines the pervasive and real cultural scripts that co-opt women into particular roles.

Attempts to change those roles, by, for example, replacing maternity leave with paternity leave, can carry long-term financial penalties for men as well, as shown in research[16] from other countries.

The real roots of poverty are deeper

Women certainly aren’t helpless victims. Many I spoke to knew they had traded off financial security in their old age for other aspirations or needs.

But “choice” and financial literacy won’t be nearly enough to get women who lack financial security back on track.

If we want women to be secure in retirement, we will have to examine the reasons why their lives zig-zag and spiral and resemble games of snakes and ladders. We will need to examine the environment in which their choices take place.