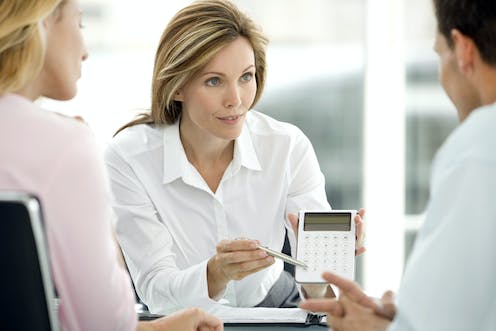 The Royal Commission into Financial Services is getting wins.

On Monday, ahead of an appearance by a Baptist minister whose adult son with Down Syndrome and a speech impediment had been sold more than A$10,000 of life insurance over the phone, Freedom Insurance announced it would stop cold-calling[1], although for only some of its products.

Its sales people had been rewarded with cash bonuses, Vespa motor scooters and overseas trips[2].

A group email to Freedom insurance staff obtained by the commission read:

Get on the phone and sell, sell, sell with one thing in mind — get to Bali.

Another insurer, Clearview, told the commission it had also decided to get out of direct life insurance sales after what it conceded were thousands of instances in which its sales agents on cold calls broke the law[3]. Bonuses had amounted to 30% of their income.

From January such “conflicted remuneration” has been illegal when selling life insurance. But conflicts remain at the heart of the related industry the commission has been examining – superannuation.

The view from the inside

Over the past 30 years, I have gained an insider’s view of how superannuation and advice industries work. I have been a consumer advocate, an educator, a regulator (with the Australian Securities and Investments Commission, ASIC) and I’ve even completed a financial planning diploma. The conflicts of interest scream out.

The financial planning arms of banks and AMP don’t make a profit from the fees for financial advice or getting the best investment returns for clients. They make profits from switching the clients’ money into their company’s products. This earns the company investment management fees, “funds under advice” fees.

An ASIC study[5] released in January 2018 found that 75% of advice to switch to an “in-house” product did not comply with the adviser’s duty to act in the best interests of their client. And 10% was likely to leave the client much worse off.

You’re not an adviser if you accept a commission for recommending a particular product (and it’s now illegal). But an “ongoing adviser fee” (paid by the super fund you recommend) is just a rebadged commission.

Here is a simple test for your own financial adviser. Imagine she has a choice between advising you to pay down your mortgage or put your money into her company’s superannuation fund. If she can improve her income and career prospects by saying “my company’s fund” and does so, she is a salesperson in disguise.

Trustees of super funds are supposed to look after members’ interests. But, at present, the XYZ bank or wealth management company can appoint its loyal employees or ex-directors as trustees for the XYZ super fund. The trustees can then appoint companies in the XYZ group as the fund administrator, life insurer and investment manager.

There is a low probability that each of these XYZ companies will actually offer the best deal for members.

Read more: Super reform tinkers around the edges, while ignoring the fundamental flaw[7]

Trustees of super funds should be independent of the “for-profit” companies the funds employ to invest money or provide insurance. They should have to prove they have systems in place to act in the members’ best interests. If they want to use a related firm, they should have to show it is at least as good as the obvious alternative.

The royal commission has uncovered unlawful fees totalling millions[8]. But the bigger problem is the mass of people whose super has been steered into poorly performing or high-fee funds. It’s the inevitable result of conflicts of interest for advisers and trustees.

Rough maths suggests it is costing consumers more than A$3 billion per year. Over the past ten years retail funds have delivered returns 0.6 percentage points below industry funds[9]. They have A$600 billion under management[10].

If the purpose of superannuation is to boost the welfare of contributors, then conflicts of interest need to be wiped out. If they are allowed to continue, then we are asking ASIC to play what the consumer group Choice called a game of “whack-a-mole[11]”, chasing after each rip-off and try to prove illegal conduct after the damage is done.

As the royal commission is highlighting, there are many financial services companies that need to be forced into a less conflicted business model.

You can make your own submission to the royal commission here[12] by September 21.