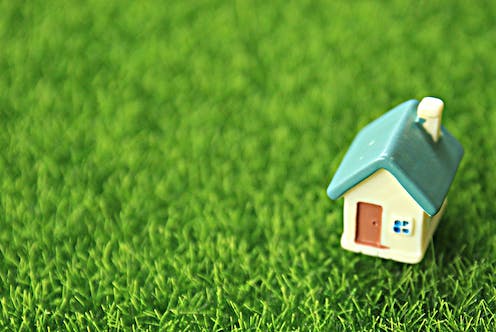 Australian home prices have risen 60% in the past five years. That’s great news for the seven million households who own one.

But at the same time three million Australian households pay a total of $50 billion per year in rent. The more prices rise, the further away their dreams of home ownership drift.

But what if there was a way, right now, to offer a form of secure long term home ownership to renters while saving them about half their housing costs?

Wouldn’t it be something we should talk about?

A new report I have written for The Australia Institute and Prosper Australia to be launched on Tuesday night in Melbourne[1] shows that not only is it entirely possible, but that it has been happening quietly in our nation’s capital for a decade, saving Canberra residents millions per year.

About 1,000 Canberra households are currently saving $9 million per year. Over a ten-year period, compared to renting, the typical family will save 37% of its housing costs.

How is it done?

Since 2008 Canberra households who do not own property have been able to use land for free instead of buying it. All they pay is a small annual rent to the government of 2% of the market price. As long as they pay the rent, they can occupy it for life.

The downside, for them, is that they forgo the increase in the value of the land. The upside is that it costs them 2% per year instead of the 5% interest rate they would pay if they had a mortgage. When they sell their home they built on the land they pay out the land value to the government.

For the government, it works out pretty much even. What it loses by renting cheaply, it gains as the value of the land goes up.

What makes the scheme in the Australain Capital Territory so radical is that it has been almost entirely ignored in the mainstream policy debate about housing affordability. Instead, it centres around difficult and expensive policies that have only tiny effects on prices or rents. For example, building an extra 50,000 houses per year for a decade is estimated to cut prices by just 10% at the decade’s end. It would be a massive task, requiring more than 200,000 workers — or nearly the total workforce Canberra.

The billions we spend each year on ineffective housing subsidies like tax breaks to investors and first home owners grants, and on giving away valuable rezoning decisions to developers[2] achieve even less. We do it in the hope that land owners will voluntarily build enough homes to push prices down.

Importantly, the report shows that governments don’t need to be lose revenue to unleash the cost savings — they can merely redirect their existing housing subsidies. Or they can allow the creation of privately-run community land trusts along the those in the United States and Britain in order to achieve the same effect.

There are few complaints in the ACT, and there’s a chance it will actually help would-be home buyers.

Authors: Cameron Murray, Lecturer in Economics, The University of Queensland