Sean Turnell, an Australian who became a trusted economic adviser to Aung San Suu Kyi, has been in a Myanmar prison for more than six months.

The economics professor was arrested on February 5, four days after the military coup that put a stop to the nation’s slow path towards full democracy and unravelling the economic corruption entrenched by decades of junta rule.

I spoke to him between the coup and the arrest. He was remarkably calm and dedicated to the welfare of the Burmese people despite the situation.

He awaits trial on charges[1] he violated the country’s immigration and official secrets acts by trying to leave the country after the coup with sensitive financial information.

Those familiar with the situation are optimistic he will be released after the trial of Suu Kyi, who is also facing charges widely considered to be trumped up. The judge overseeing that trial has said it should be complete by the end of year[2].

I have known Turnell as a family friend and colleague for many years. But it was not until I travelled to Yangon in 2017 that I really saw him in his element.

But among all these distinguished speakers, the highlight was definitely Turnell’s presentation at a conference organised by the Australian Myanmar Institute[5] (the brain child of Christopher Lamb, a former ambassador to Myanmar). 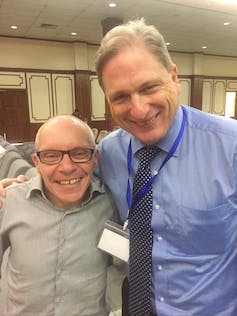 Turnell explained the Myanmar economy comprehensively, from macroeconomic conditions to microeconomic reform. He drilled down in great detail into fiscal and monetary policy, industrial development and infrastructure needs, financial markets, trade and tourism and, most importantly, education and human capital.

After the conference was formally closed, students milled around Sean like he was a celebrity — a rock-star economist.

Turnell grew up in the working-class suburb of Macquarie Fields in south-western Sydney. Showing brilliance from an early age, he gained his bachelor’s degree economics at Macquarie University in north-western Sydney. Then a PhD. He ended up an associate professor at the university.

“Macquarie is everywhere in both our lives and careers,” his sister Lisa Brandt told me. She also studied economics at Macquarie University and is now a senior manager at the Macquarie Group.

After his undergraduate degree, Turnell worked for the Reserve Bank of Australia. There he was a popular and hard-working member of the central bank’s economics department.

Colleague Sean Aylmer, who went on to become a finance journalist, rising to editorial director at Fairfax Media, remembers Turnell for being both a good applied economist and an extrovert. “Which is most welcome at a place like the RBA,” he told me during a conversation for my podcast.

Professor David Throsby, former chair of the Macquarie University’s economics department, told me he believed Turnell could have been anything at the RBA. “But he was culturally more suited to academia and more at home in a university environment.”

Turnell joined the Macquarie University’s economics department in 1991. He excelled in academia. He wrote a PhD with a brilliant dissertation on John Maynard Keynes. He was also a “Hamiltonian” well before the musical. His deep interest in the life and times of Alexander Hamilton, the first US Secretary of the Treasury, drew him to Washington DC to spend many hours in the national archives and museums looking into the details of his hero.

But it was Myanmar that became the centre of Turnell’s professional life, with his research increasingly focused on that country’s political economy and economic history.

He met Aung Sung Suu Kyi in the 1990s, and their professional relationship firmed from there. In 2001 he established the Burma Economic Watch, a blog providing reliable economic data and commentary to make up for the paucity of information available under the military junta.

When democracy was partially restored in 2011, Turnell got to work as a technical economist, covering all aspects of the Myanmar economy. His commitment to this work was shown in his presentation to the Australian Myanmar Institute conference. Though he continued to live in Sydney, he visited Myanmar regularly. 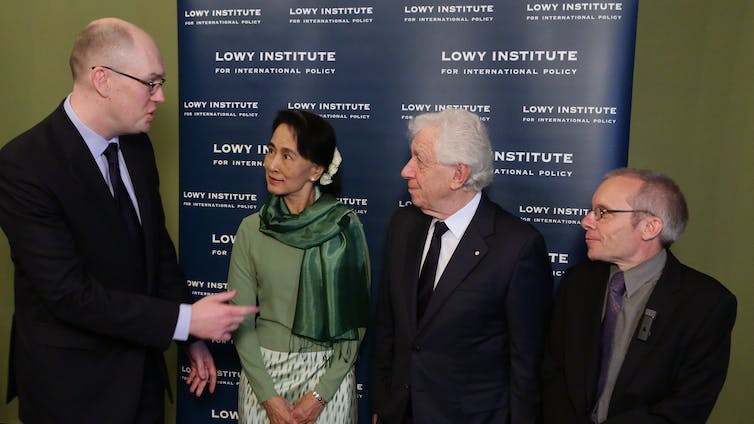 Then came the military coup on February 1. His arrest on February 5 made him the first foreign national arrested by the junta[6] as part of the coup.

There is no reason for his detention. He has done nothing wrong and has only devoted his time and energy to improving the welfare of the Burmese people.

The Australian government has called for his immediate release. So has the US Congress and others.

Awaiting his return to Australia is his family and wife Ha Vu, also an economist at Macquarie University[8] and dedicated to development economics.

Even with Myanmar back under the control of a corrupt and incompetent junta, Sean’s knowledge of the Myanmar economy can still be put to good use, helping to improve the lives of the Burmese people and the rest of South East Asia.