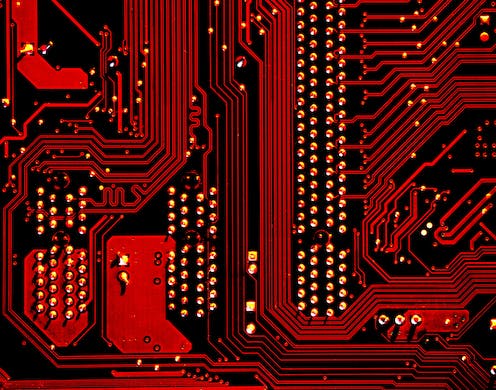 Supply chain disruptions[1] during COVID-19 brought to light how interdependent nations are when it comes to manufacturing. The inability of the U.S. to produce such needed goods as test kits and personal protective equipment during the pandemic revealed our vulnerabilities as a nation[2]. China’s rise as a global production superpower[3] has further underscored the weaknesses of American manufacturing.

In addition to fixing supply chain disruptions, bringing manufacturing back to the U.S. will benefit national security. Advanced computer chips[4], for example, are disproportionately made by a single firm, the Taiwan Semiconductor Manufacturing Co[5]. These microchips are critical to smartphones, medical devices and self-driving cars, as well as military technology. TSMC, from a U.S. national security perspective[6], is located too close to China. Taiwan’s proximity to China makes it vulnerable because the Chinese government threatens to use force[7] to unify Taiwan with the mainland.

My research[10] and that of others[11] examines how the lack of manufacturing competitiveness in the U.S. leaves the U.S. vulnerable to shortages of critical goods during times of geopolitical disruption and global competition. The strategies the U.S. employs in bringing back manufacturing, along with innovative practices, will be key to ensure national security.

President Joe Biden has signed two bills that propose to rebuild American manufacturing. The CHIPS and Science Act of 2022[12] will provide US$52.7 billion[13] for American semiconductor research, development, manufacturing and workforce development.

The Inflation Reduction Act of 2022[14] will invest $369 billion[15] to promote a clean energy economy, in part by offering generous incentives for U.S.-made electric cars.

This need to train a new group of skilled workers explains why federal funds in the CHIPS Act[21] are set aside for workforce development. Complementing federal legislation are programs such as America’s Cutting Edge[22], a national initiative that provides free online and in-person training designed to meet the growing need in the U.S. machining and machine tool industry for skilled operators, engineers and designers.

The power of innovation

It is impractical to bring all manufacturing back to the U.S. Offshoring is often less expensive. But research shows that certain types of in-country manufacturing can not only help secure national security but also spark innovation.

When research and development are conducted close to where the goods are physically made, this proximity can increase the likelihood[23] of collaboration between these two activities. Collaboration can lead to greater efficiencies[24].

Product development can benefit as well. New research[25] demonstrates that U.S. firms that located their manufacturing and R&D physically close to each other generated more patents[26] than firms that did not.

Even so, the contribution of U.S. manufacturing firms to innovation declined greatly[27] between 1977 and 2016. That’s because the benefits of locating manufacturing and R&D close to each other depends on the nature of the manufacturing itself, researchers have found[28].

For instance, the design of new drugs often requires manufacturing facilities to be located nearby. In that respect, co-locating manufacturing and research and development[29] makes sense. This can be true for semiconductors as well. World-class chip manufacturers in Taiwan, such as TSMC, are located alongside a growing chip design industry[30], which permits designers to prototype and test new ideas quickly.

The U.S. and other countries are betting on the same potential benefits from co-location. For instance, to minimize the dependence on TSMC and, more generally, on foreign sources for chips, the European Union is spending 43 billion euros[31], while Japan is encouraging chip manufacturing at home with a $6.8 billion[32] investment.

People are the bottom line

In a 2011 op-ed[33], I argued that while federal legislation to promote U.S. manufacturing could succeed in bringing more manufacturing back to the U.S., there was no guarantee that large numbers of jobs would be created – a key point made by those seeking to promote manufacturing.

Governments are generally poor at picking winning technologies and industries[34]. Governmental mistakes[35] in picking supposedly winning industries or sectors have, generally, led to a great deal of waste[36] of taxpayer dollars.

Immigration policies designed to encourage highly skilled workers to come to the U.S. may be key to a stronger American manufacturing base. mana5280 for Unsplash, CC BY-SA[37][38]

In fact, market forces and informed company decisions should, I believe, play a larger role picking winners[39] than federal investment. Where that investment comes from, what it supports and how much money is needed are critical questions.

If firms choose to relocate their companies to benefit from the synergy of R&D, then they must be able to attract the best human resource talent available. This is where U.S. investment can help build a more skilled workforce[40].

As pointed out by the economist Gary Pisano[41], many policymakers in the U.S. have long believed that manufacturing is an attractive sector for people with less education and training. Therefore, as a nation, we have not devoted many resources[42] to train people with specialized skills in manufacturing.

This approach stands in stark contrast to the approach followed in Germany[43]. There, practical work is valued by employers and employees and hence apprenticeship programs are routinely used[44] to train workers who are well qualified to work in the manufacturing sector. While the U.S. approach is changing with recently announced investment by the White House through the CHIPS and the Inflation Reduction acts, more is needed.

It is my belief that if the U.S. is to remain an economic powerhouse, then corporations should not separate their workforce, sending cost-saving manufacturing offshore while retaining the innovators. Corporations like Apple[45] have sent nearly all of their production offshore, retaining only the most skilled parts of the supply chain involving activities like R&D.

Instead, the U.S. needs to financially support firms wishing to bring manufacturing back by making it easier for such firms to find qualified manufacturing workers at home – and close to innovators when practical. This effort will bolster the U.S.‘s ability to be self-sufficient, innovative and secure in times of geopolitical conflicts.