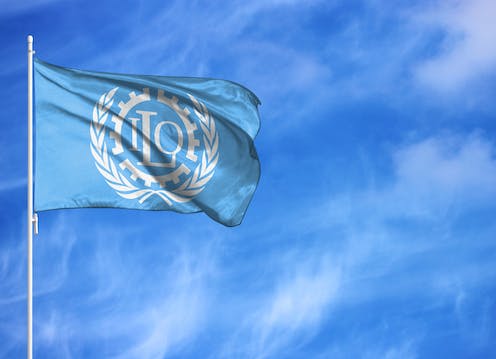 In what has been called the “biggest moment for workers’ rights[1] in a quarter of a century”, the International Labour Organization (ILO) adopted[2] a safe and healthy work environment as one of its five fundamental principles and rights at work for all at its June 2022 international conference. This is the first extension of workers’ human rights in almost 25 years and it means governments must now commit to respect and promote the right to a safe and healthy working environment.

Almost 3 million[3] people die due to accidents and illnesses every year while trying to make a living. An additional 374 million[4] workers are injured or made ill by their work. Overwork on its own kills more than 745,000 people[5] a year through increased risk of stroke and heart attack. If occupational safety and health (OSH) had been given more attention during the COVID-19 pandemic, thousands of lives could have been saved[6].

The ILO decision could make a huge difference in preventing mine collapses[7], factory fires[8] in the textile industry or by ensuring that hundreds of workers’ lives are not lost building the stadiums[9] to host the next men’s World Cup football tournament. Making OSH a human right also recognises the workplace psychosocial risks many workers experience – stress, burnout and isolation – which have been made worse by the pandemic[10].

The ILO, established in 1919[11] as part of the Treaty of Versailles, became a specialised agency[12] of the United Nations in 1946, tasked with the adoption and supervision of international labour standards and the promotion of decent work. Its 187-strong membership includes 186 of the UN’s 193 members, plus the Cook Islands.

In the 1990s, as many sought a social dimension to the new economic world order following the fall of the Berlin Wall, a clarion call was raised for a global charter of workers’ rights. The demise of the social clause[13] – an effort to link labour standards and trade liberalisation - at the World Trade Organization (WTO) in the 1990s placed the ball firmly in the ILO’s court. Its unique tripartite structure of governments, trade unions and employers took up the challenge of devising a response to globalisation and its victims.

Fuelled by its founding mandate[14] that: “Poverty anywhere constitutes a danger to prosperity everywhere”, the ILO adopted the 1998 Declaration[15] on Fundamental Principles and Rights at Work. This commits the ILO’s 187 member states, regardless of their level of economic development, to respect and promote principles and rights in four categories: child labour, forced labour, discrimination and freedom of association and collective bargaining.

Such protections remain vital. While illegal in most countries, forced labour[16] is still widespread in many parts of the world. Similarly, child labour[17] is not yet illegal in all countries and remains a concern for governments, regulators and watchdogs in many countries.

Many lives could have been saved if occupational safety and health had been given more attention during the COVID-19 pandemic. Cryptographer/Shutterstock[18]

The fifth pillar of human rights

The recognition of OSH as the fifth pillar of human rights will have major implications for businesses, international trade agreements and governments. The 1998 Declaration is the point of reference for many private and multi-stakeholder forms of labour regulation. This includes the UN’s Global Compact[19] (a non-binding instrument with more than 16,000 company signatories), the Guiding Principles on Business and Human Rights[20] (which outlines the corporate responsibility to respect human rights), transnational company agreements[21] and many codes of conduct by multinationals along global supply chains.

Most trade agreements also take the ILO 1998 Declaration as the foundation of their labour rights provisions[22]. The ILO has said[23] the declaration should not unintentionally affect the rights and obligations of one of its members in relation to existing trade and investment agreements between states. But many new trade agreements may include a legally binding labour provision on a safe and healthy working environment.

For governments, therefore, the pressure is on. While the 1998 declaration only asked member states to “respect, promote and realise[24]” the fundamental principles, a huge wave of ratifications followed. For example, the Minimum Age Convention had only been ratified by 58 countries by 1997. Today that number has risen to 175[25]. Other labour standards identified as fundamental such as the Forced Labour Convention have now been ratified by 179 member states[26] and the Worst Forms of Child Labour Convention has universal ratification by the 187 member nations[27] of the ILO. We are likely to see the same response now OSH is a fundamental principle, especially since even in the EU many countries have not ratified[28] key OSH labour standards.

The recognition of a safe and healthy work environment as a human right is a first step, but not an end in itself. In an era of governments promoting the use of cheap labour to compete for investment, states could implement these labour standards as a form of “social camouflage[29]” to reduce criticism from the international community, while failing to actually enforce their provisions. Similarly, while OSH might become a pillar of the private regulation of labour standards, using this model alone to ensure a minimum level for labour standards has proved to be woefully inadequate[30] in the past.

Concerted action by the international community is therefore needed. The decision taken by the ILO speaks volumes for its continued relevance. This move stands as a strong commitment by workers, employers and governments to recognise that they can do much more to ensure safety and health at work and help prevent the deaths and injuries of millions across the globe.