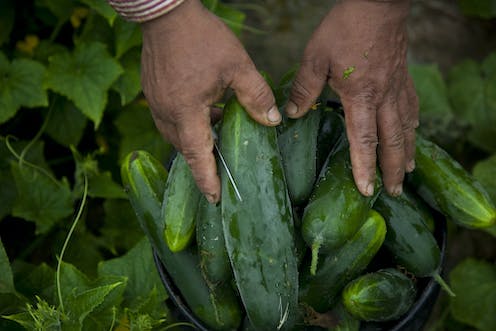 As politicians raise concerns[1] about immigration straining infrastructure and public services in Australia’s state capitals, the federal government is considering the idea of binding immigrants to particular regional and rural areas.

The minister for citizenship and multicultural affairs, Alan Tudge, was quoted as saying[2]:

We’re looking at ways that we can effectively bind people to the regions if they’ve got a sponsorship to go to those locations.

The idea behind these sorts of policies is also to develop regional and rural economies. But in recent research[3] with co-authors Louise Roos and John Madden, we find that binding migrants on temporary 457 visas to the country is largely ineffective in boosting regional economies in the long run.

Read more: Countries must compete for migrant workers to boost their economies[4]

The 457 visa program[5] (replaced in April 2017 with a stricter but essentially similar temporary skill shortage visa[6]) allowed employers to bring in foreign skilled workers for up to four years. While employers in any location can apply, the program can be used to direct migrants to non-urban areas, because visa holders are bound to the employers and their locations.

As part of our research, we modelled two scenarios. In the first we looked at what happens with regionally targeted 457 visas, by assigning workers on these visas to non-metropolitan regions. In the second we modelled what would happen if the visa holders were to settle across regions according to their current settlement patterns.

We took into account the labour market and visa details of workers in each capital city and in the rest of each state or territory (except for the ACT, which we treated as one territory). We also factored in the desire of workers to change occupations and regions due to movements in wages.

At the national level, we found that employment and real GDP increase by nearly identical amounts and, likewise, decreases in national wages are the same under programs where immigrants are targeted to rural and regional areas and where they haven’t been targeted.

Read more: Australia's jobs and migration policies are not making the best use of qualified migrants[7]

At the regional level, in the short run, we found targeted visa programs boost regional activity. But this does not hold in the long run. After five to 10 years, economic variables such as real regional GDP and regional employment start to look the same as the untargeted scenario.

We have also examined what would happen with permanent skilled migration programs targeted at regional and rural areas.

There are a number of permanent regional skilled migration programs, such as the Regional Sponsored Migration Scheme[8], the skilled nominated visa[9] and the skilled regional visa[10]. In these schemes visa holders can remain in the country indefinitely, although they must remain in their nominated region for at least two years. This is in contrast to temporary visa holders, who must eventually depart Australia unless, as many do, they transition to a permanent visa.

In investigating targeted permanent visas, we found similar results to temporary visas. The short-run employment and regional GDP gains from regionally targeted migration programs, whether under permanent or temporary visa arrangements, gradually become like those of untargeted programs.

Over time, new immigrants move to other regions[11], mostly to capital cities, or go overseas. Even if implementable and effective policies could be found to bind new immigrants to regions, the displacement effect we’ve outlined would continue to weaken the long-run impact on regional populations and economies.