With the government borrowing heavily[1] to fund its pandemic response and recovery, it has been suggested[2] it could simply cancel its debt by printing more money. That sounds like an attractive idea, but it is one that would have seriously adverse consequences.

Derived from “modern monetary theory[3]” (MMT), the suggestion is that expansionary monetary policy (i.e. money creation by the central bank) be used to finance government spending.

According to proponents of MMT, a country that issues its own currency can never run out and can never become insolvent in its own currency. It can make all payments as they come due. Therefore, there is no risk of defaulting on its debt.

This is a flawed idea based on economic misconceptions. It has been opposed by economists, liberal and conservative, including Nobel laureate and New York Times columnist Paul Krugman[4] and Harvard University’s Greg Mankiw[5].

So, what does happen when the government wants to spend more than it raises in tax revenue? It needs to borrow money (known as deficit financing), and so instructs the Treasury to issue debt.

There are three major types of debt: treasury bills, treasury notes and treasury bonds.[6]. Treasury bills have the shortest maturity (less than a year) while treasury bonds have maturities of ten years or more. They all must be paid back in the future.

The debt is typically held by banks, institutional investors and managed funds (such as Kiwisaver accounts). Because the government is not expected to default on the loans, the debt is considered to be secure. So, these bonds can typically be issued at lower interest rates than bonds from other financial entities. 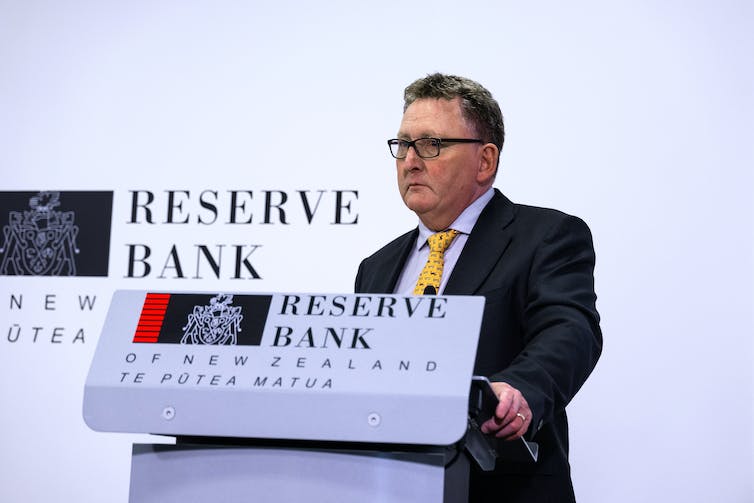 When the Reserve Bank of New Zealand (RBNZ) engages in “quantitative easing[7]” it essentially buys up these government issued bonds. To do this, it prints currency to pay for the bonds and this currency goes into circulation, increasing the money supply.

Quantitative easing floods the system with liquidity — the amount of money readily available for investment and spending. In turn, this should put downward pressure on interest rates because money is cheaper to borrow when there is more of it.

The RBNZ can also lower the official cash rate (OCR[8]) to push retail interest rates (on mortgages and savings deposits) down. The aim in both cases is to make borrowing cheaper in the hope that businesses will borrow money to invest, in turn creating more jobs.

If the RBNZ is buying government bonds from the banks and investors who had bought them earlier, it follows that the creditors have been paid off. So why can’t the government simply write off this debt?

Read more: With a mandate to govern New Zealand alone, Labour must now decide what it really stands for[9]

Firstly, this takes away the RBNZ’s ability to act as an independent entity, which in itself is problematic. But even so, the debt does not disappear, it just takes the form of that additional amount of money floating around the economy.

At some point this extra money will end up being deposited in commercial banks and be held as reserves which earn interest from the RBNZ.

The currency in circulation is also legal tender backed by the authority of the government. If no one else wants to accept it, holders of this money should be able to sell it back to the RBNZ for something of value in return (US dollars, say).

One way or another, sooner or later the debt will have to be honoured. 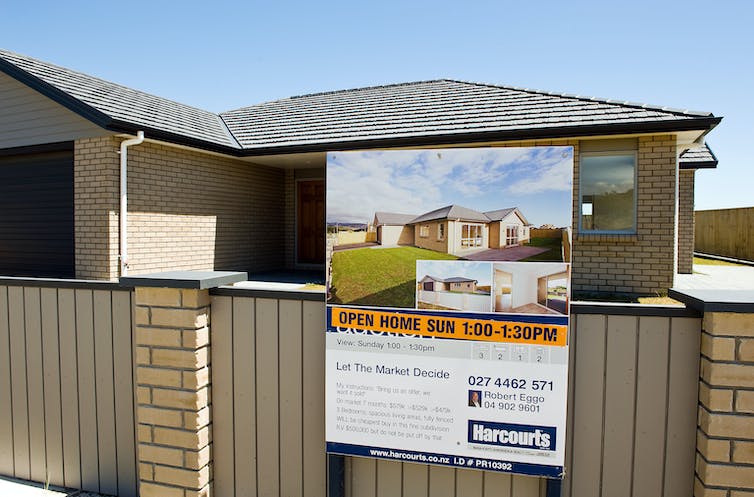 The risk of inflation

In the meantime, if lower interest rates do not lead to business expansion and higher production (and there are good reasons to suppose they may not) then the net result is a larger amount of money circulating in the economy with no new production happening.

This will eventually set off inflationary pressures, which make savers worse off and provide a disincentive for saving. But saving by households is fundamental to making funds available for businesses to borrow.

In the absence of increased production this extra money may also make its way to non-productive financial assets such as equity and houses, setting off speculative bubbles[10] in those markets.

Why might businesses not expand, even with lower interest rates? In deep recessions it is not the lack of credit that holds them back, it is that they cannot sell their goods at prevailing prices. This reduces demand for labour, further reducing demand for goods because more customers are unemployed.

It becomes a vicious cycle of insufficient demand, where the key issue is not credit or liquidity but rather a crisis of confidence[12]. Monetary policy loses its teeth at this point, leaving fiscal policy (via deficit financing or tax cuts) as the only option.

It’s all about trust

However, government borrowing is a long-term game. The entire system, whether deficit financing or printing money, is based on trust — that the government will honour its debt.

Simply put, no government could satisfy all its creditors if they wanted their money back at the same time. But as long as the government keeps making the interest payments on the loans, or at least has the capacity to pay back some of those creditors (sometimes by borrowing even more), the economy remains stable. The juggler’s balls stay in the air.

If for some reason trust in a government goes, watch the balls come crashing down. Any hint of default or not honouring debt obligations will lead to long-term damage to a government’s reputation and its future ability to borrow. No one will want to hold the government’s debt in the form of government bonds.

When that happens, we see capital flight[14] — money flows out of the country as people seek a return elsewhere. The value of the currency goes through the floor, with catastrophic effects on the economy, such as occurred during the Asian financial crisis[15] in 1997.

The economic crisis New Zealand is facing is real and deep. Attempting to cancel debt would only reduce trust in the government and risk making the crisis worse.