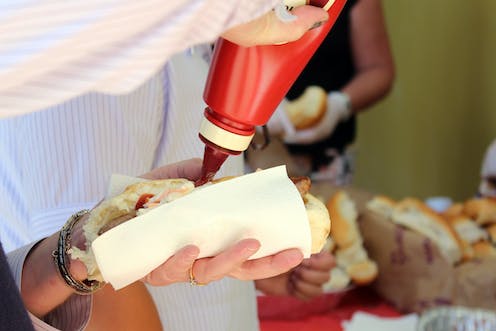 One of the reasons why some companies fail in their expansions, whether ANZ in Asia[1], or Starbucks[2] and Woolworths[3] in Australia, is that their business models don’t sufficiently account for differences in consumers’ habits.

Research[4] shows that over time consumers build up habits. These habits influence what people buy, when and where. For example, in a study of transport options[5] one of the biggest predictors of whether people chose to drive was how much of a habit driving had been.

That is why simply copying and pasting what works in one location (such as a huge hardware warehouse) without adjusting for local circumstances (different competitors, services and customer preferences) is very risky.

Australian hardware chain Bunnings is just one example of a company struggling to cope with entrenched customer habits, as more than A$1 billion has been written off[7] its recent expansion into the United Kingdom.

Bunning’s foray into the UK started in 2016, when parent company Wesfarmers purchased[8] the UK hardware chain Homebase for A$658 million.

Does the business model suit the context?

Wesfarmers could be forgiven for thinking that the UK market was a fit with its existing Bunnings business model. After all, at least according to one measure[9], there are only minor differences between the culture of the UK and Australia.

When cultures aren’t such a close match some companies localise their products, such as McDonald’s substituting[10] tofu or fish for chicken in China.

But culture is just one factor that influences consumer behaviour. In the UK, Bunnings also faces greater competition from established rivals, such as the trade-oriented hardware chain Travis Perkins[11] and the retail-oriented B&Q[12].

More than affecting how much power Bunnings has to set prices, these rivals will also command the loyalty of a sizeable amount of shoppers. There are existing habits in this market – shoppers will default to certain stores for certain products, or at certain times. These habits are ingrained and difficult for a new entrant to change.

There is an idea in psychology called Dual Processing Theory[13] that says humans have two ways of processing information. One[14] is fast, easy and automatic; the other is slow, effortful and deliberate.

Since humans want to minimise the effort we put in to decision-making, we rely on the first way[15] using mental shortcuts, reinforced by habit.

Tradies, for example, could be used to going to their local Travis Perkins for a bag of cement. Retail shoppers might frequent B&Q for some pavers or nails on a Saturday afternoon. In other words, Bunning’s potential UK customers already have shopping habits that work against Bunnings.

Read more: Masters was spoiled from the start, now Woolworths must go back to basics[16]

This is also bad for Bunnings’ existing UK customers – the ones who frequented Homebase before Bunnings bought it. Homebase customers would have also had habits and mental shortcuts – to go to Homebase for certain product ranges like kitchens[17], or sub-brands like Laura Ashley.

These are not part of Bunnings’ business model of focusing on a wide range of hardware at low prices.

So, both their existing customer base and potential customer base have shopping habits that Bunnings has struggled to profitably change.

Unfortunately for Bunnings, we are mostly unaware that these mental shortcuts exist, so it is difficult[19] for someone else to change them.

The question now facing Bunnings is what to do. Changing habits is very difficult, as Starbucks discovered[20] when it tried to crack the Australian market earlier in the century, or when Woolworths tried to create a clone of Bunnings[21].

One way to break customer habit is to either intervene when their environment is changing, such as when they are moving house, or to change the environment on them such as re-setting price expectations on frequently shopped items. But this is hard to do[22]. The very creation of a habit reorients our thinking, making us less attentive to new information and courses of action.

Bunnings has tried to reduce prices in the UK, as a way to make customers think they are getting a bad deal from competitors, but this is hurting profitability[23].