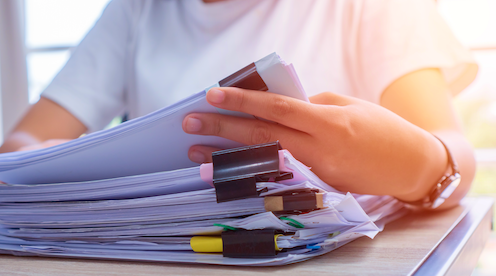 This year’s landmark decision of the US Supreme Court to overturn the constitutional right to abortion established by the Roe versus Wade[1] judgement in 1973 leaves Australian women better off than those in the United States.

Abortion has been decriminalised in every Australian state and territory, and following amendments to the Fair Work Act[2] last year, eligible women are entitled to two days of paid compassionate leave for miscarriages.

But the Act defines miscarriage very narrowly as the “spontaneous[3]” loss of an embryo or foetus – a definition that suggests other terminations will be excluded on the ground they are “non-spontaneous”.

Distinguishing between “spontaneous” and “non-spontaneous” pregnancy loss makes some types of loss look more worthy of support than others.

Labor says it wants to put gender equity[4] at the heart of the Fair Work Act. This gap in the Act deals with a sensitive topic, but remaining silent on it will disadvantage some workers, perhaps as many as one quarter[5] of Australian women.

Ending a pregnancy for personal or socio-economic reasons rather than because of an act of nature or a medical necessity does not make the physical and emotional toll any less.

Ignoring or minimising the grief, trauma and stigma that comes with an abortion threatens not only to undermine the reproductive rights of Australians but also to entrench gender inequality in the workplace.

It was the same in New Zealand when it introduced paid bereavement leave for miscarriage several months before Australia in March last year.

New Zealand National Party member of parliament Erica Stanford said that while she supported the bill, the grief and anguish and trauma experienced during an abortion and the fact that it was not recognised in the bill made her feel “uncomfortable – personally uncomfortable[6]”.

A growing number of Australian companies[8] and the NSW government[9] are also introducing paid leave for pregnancy loss, but it appears to be similarly limited.

The Australian Council of Trades Unions and the Health and Community Services Union are campaigning for a broader reproductive health and wellbeing[10] leave that encompasses abortions as well as conditions including menstrual pain, perimenopause and menopause, endometriosis, infertility treatments, vasectomy, hysterectomy and gender transition.

Perhaps surprisingly, there’s a model for how to make it work in the United States.

Prior to the overturning of Roe versus Wade, the city of Portland, Oregon made headlines in 2021 for being the first in the country[11] to introduce paid bereavement leave for public sector employees for miscarriage, stillbirth and other types of pregnancy loss, including abortion.

The move was praised[12] by reproductive health policy experts for its capacity to destigmatise abortion and recognise the important role employers have to play in caring for their workers.

Australia has the potential to be the next world leader in gender work policy, building on our initial success in recognising pregnancy loss.