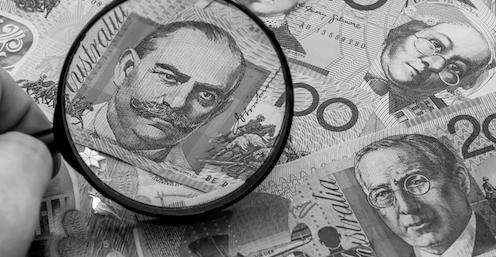 Who could even question a requirement that super funds act in the best financial interests of their members?

While the treasurer himself has been working on Thursday’s major economic statement, Jones has asked the treasury to consider concerns relating to the “regulatory complexity[1]” of a requirement that funds act in their members best financial interests – a requirement that on the face of it is straightforward.

Oddly, he titled the announcement “Review to strengthen super[2],” a title he might need to rework if the review finds the duty should be weakened.

Your Future, Your Super, already up for review[3] The Coalition strengthened the requirement a year ago as part of a suite of reforms called “Your Future, Your Super[4]”, changing it from a duty to act in the “best interests” of members to the best “financial[5]” interests of members. The difference between the two is that whereas spending members funds on things such as corporate hospitality[6] or wellbeing services[7] or news websites[8] might arguably be in the best interests of members, it need not be in the best financial interests of members. And that’s what superannuation funds are meant to be for – to grow rather than spend the trillions entrusted with them for workers’ retirements. To make sure the funds do it, the Coalition reversed the onus of proof. If questioned, fund directors needed to be able to demonstrate that their spending was in the best financial interests of their members, or at least in what they thought at the time would be their members best financial interests. ‘Best financial interests’ up for review That might be the “regulatory complexity” the assistant treasurer is referring to –a requirement directors use their members funds to grow their members funds, and be able to demonstrate that’s what they were attempting if asked. It’s good news for members, whose compulsorily-acquired funds the directors are managing, but troubling for some directors (in industry funds most directors are union and employer representatives), and Jones listened to the directors. He has backed them on another concern. The Coalition’s regulations require funds to itemise their spending on political donations and payments to related parties and industrial bodies, as well as their spending on marketing, in a statement to members before each annual meeting. Transparency up for review Jones has drafted regulations that remove[9] the requirement for itemisation while leaving in place the requirement for funds to report the totals to members. It won’t save the funds work (they still have to itemise each payment in order to prepare the totals), but it will save them embarrassment. And he is tampering with perhaps the most important super reform of them all. Last year for the first time each of the 80 MySuper funds (the funds into which new employees can be defaulted) was graded[10] on its performance. Performance test up for review Thirteen failed. They weren’t being graded on absolute returns. That would have been unfair. They were graded on returns over the past seven years given their stated investment strategy. If their strategy had been to (say) invest all of their members funds in shares, and shares did badly, that would be fine so long as the fund’s shares didn’t do significantly worse than the share market as a whole over seven years, which is a way of saying it is a hard test to fail. Under the Your Future, Your Super rules the 13 funds that failed were required to write to their members telling them they had performed badly and suggesting they switch[11] to a better-performing product. Read more: My super fund just failed the APRA performance test. What's next?[12] The second test will be this year. Any funds that fail two years in a row get banned from accepting new members. Not that it’s likely to come to that. Eleven of the 13 have merged or are in the process of merging with better funds, which is how the system is supposed to work. It is weeding out dud funds, advancing members interests. Even the fear of failing is advancing members interests. Industry observers say funds likely to fail are cutting their fees[13] to ensure that they don’t. The performance test is on returns net of fees. Twelve month pause From next year the test was to be extended to all super funds, whether default or not, so it could really weed out the duds. The Productivity Commission found non-default funds performed notably worse[14] than default funds. But Jones says he’ll stop the extension – “pause[15]” is his word – for 12 months while the treasury rechecks the system for “unintended outcomes”. Hundreds of funds (some of them bad) will be given a reprieve, something that was itself unintended when the system was set up. Read more: Super funds have been working for themselves when they should have been working for us. That's about to change[16] There are genuine concerns[17] about the test. It is backward looking, as it has to be, and funds in difficulty will have it made worse by an exodus of members when the results are published. But these are concerns for the directors of the funds, not their members. And Australians put more of their money into super than anything other than housing. A landmark 2018 Productivity Commission inquiry found much of the system was a “mess[18]” that allowed poorly performing funds to produce $660,000 less[19] in retirement than well-performing funds. Your Future, Your Super was the government’s response to that. It’s already achieved a lot. Until the new minister hit pause, it was about to achieve more. References^ regulatory complexity (ministers.treasury.gov.au)^ Review to strengthen super (ministers.treasury.gov.au)^ Your Future, Your Super, already up for review (archive.budget.gov.au)^ Your Future, Your Super (archive.budget.gov.au)^ financial (parlinfo.aph.gov.au)^ corporate hospitality (www.afr.com)^ wellbeing services (parlinfo.aph.gov.au)^ news websites (thenewdaily.com.au)^ remove (treasury.gov.au)^ graded (www.apra.gov.au)^ switch (images.theconversation.com)^ My super fund just failed the APRA performance test. What's next? (theconversation.com)^ cutting their fees (www.investmentmagazine.com.au)^ notably worse (www.pc.gov.au)^ pause (ministers.treasury.gov.au)^ Super funds have been working for themselves when they should have been working for us. That's about to change (theconversation.com)^ genuine concerns (www.investmentmagazine.com.au)^ mess (www.smh.com.au)^ $660,000 less (www.pc.gov.au)Authors: Peter Martin, Visiting Fellow, Crawford School of Public Policy, Australian National University