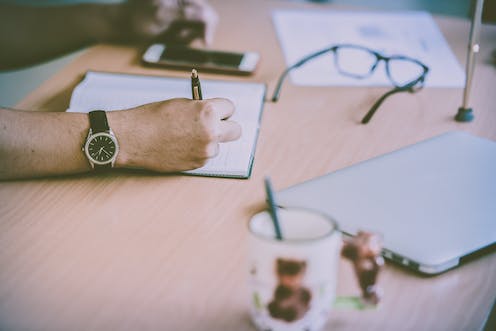 The Financial Services Royal Commission last week challenged the chair of the Commonwealth Bank Catherine Livingstone about her claim that she confronted management during a 2016 board meeting, saying it wasn’t recorded in the minutes[1].

“Do you understand that a failure to comply with the requirements in relation to the keeping of minutes under section 251A of the Corporations Act is an offence?” Counsel Assisting asked.

“The explanation is the minutes don’t usually record verbatim what is discussed at the board meeting,” Ms Livingstone replied.

National Australia Bank chairman Ken Henry was invited to consider whether a board meeting had discussed a dispute between the bank and the Australian Securities and Investments Commission over adviser service fees.

Then he was shown the minutes of that meeting and asked to agree that it had not.

So, ought the minutes of company board meetings to be a complete record of what’s discussed?

Ought company secretaries to be “shaking in their boots” as a result of the Royal Commission hearings, as the Financial Review[3] has suggested they are?

What’s a secretary to do?

All the law requires is that the “proceedings and resolutions” of directors’ meetings be recorded within one month of the meeting.

It offers no guidance about how to do that, and offers no template for the format.

Although it is usually assumed that it is the company secretary who takes the minutes, there is no actual statutory requirement for the person who occupies that position to do so.

And some smaller companies operate without a company secretary.

Where there is one, that person does much more than take minutes.

With QUT research student Robyn Trubshaw, we have conducted a series of interviews with high profile company secretaries and discovered that what they think matters most is “courage” – the courage to call out lapses of process.

They said it was their job to ensure reasons for decisions were documented, and also, according to some, to act as a “filter” for deciding what was recorded.

By determining what went into the minutes in concert with the board they acted as “shared conscience” of the company.

Our interviews also revealed a heightened awareness about the importance of getting the right balance between reporting outcomes and recording discussion.

Company secretaries are already acutely aware that every set of minutes of every board meeting might one day end up as evidence.

So this suggests the royal commission will not be the game changer for company secretaries that some think it will be.

They are already on their toes.

Whether it’s a chess club, a bowls club, a school board, a small or medium sized enterprise or one of Australia’s largest corporations, the role of the secretary matters.

The good ones already know how to get the balance right.