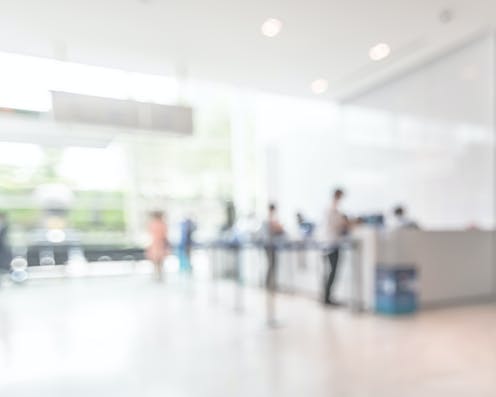 Appearing before the banking royal commission, the newly appointed head of the Commonwealth Bank, Matt Comyn, has held out the prospect of ethical leadership making a difference.

He revealed that for more than a year as head of the Commonwealth’s retail division, he had wanted to shut down an insurance policy that charged many people for cover they were unable to claim.

The head of the bank at the time, his boss Ian Narev, refused, telling him among other things: “temper your sense of justice[1]”.

Comyn made a contemporaneous note that was displayed on a screen at the commission.

The quote (which may be disputed - Narev has not had it put to him by the commission) is almost as memorable as the now infamous one by Oliver Schmidt, the since-jailed general manager in charge of Volkswagen’s engineering and environmental office, in an email during what became the emissions cheating scandal. He was found to have written[2]:

It should first be decided whether we are honest. If we are not honest, everything stays as it is.

Could Australia’s banks decide to be honest?

Unfortunately, there is evidence neither will be enough.

Literacy is a losing battle

Firstly, the notion that financially educated consumers can keep anything at bay is seriously problematic.

Researchers found it hard to even teach financial literacy given it is such a moving target. Continually changing tools and technologies, including the growth of artificially intelligent financial service providers, are hard to stay on top of[3].

And change from the top is hard

Secondly, there is enormous inertia at the top.

As an example, both the AMP and TAL Insurance released statements after evidence given to the commission supporting some of the unethical practices exposed[4].

AMP said it’s within its legal rights to charge dead people life insurance premiums, and said it after its chair and chief executive had resigned.

Read more: Toppling bankers can be satisfying, but it's not enough to heal a sick culture[5]

TAL Insurance said its practice of seeking out medical information unrelated to a claim in order to prove non disclosure and deny the claim was standard industry practice at the time.

Banks have a history of commissioning risk culture studies[6] and then reporting that everything’s fine, something that suggests a commitment to the idea of good behaviour rather than its practice.

The group’s the thing

Financial incentives can dull our sense of what’s right. Recent research indicates that those with something to gain from bad behaviour are less likely to see it as a problem[7], all the more so if it is practised in a group[8].

But groups can also be used to stimulate good behaviour. What is needed is the relatively new concept of “ethical followership[9]”.

Ethical followership is an understanding that doing good in organisations is co-produced[10] by both leaders and their followers.

Read more: Confiscate their super. If it works for sports stars, it could work for bankers[11]

Building a culture of ethical followership includes seeking out and recruiting those who are willing to be brave in their ethics and can handle the stress of standing against the crowd for what they know is right.

Radical honesty is the answer

These people, who arrive ready to drive good in the workplace, should be specifically rewarded for calling out and discussing what is wrong and thereby encouraging others to do the same.

Built up around them should be a growing progression to radical honesty, which would include recording, and openly allowing access to, all meeting notes, decisions, even actual tapes of meetings in order to generate a better memory for honesty.

It can make money

Bridgewater Associates, the largest hedge fund in the world, is a champion of radical honesty[12].

Nearly every meeting is taped and anyone relevant is allowed to go back and watch. Confrontation is as good as compulsory[13].

It isn’t easy, and it has critics[14], but it works for Bridgewater.

Read more: Confucius has a message for business leaders who want to succeed: reflect[15]

In Australia, too many whistleblowers have been alienated and discarded simply for doing what Bridgewater would encourage them to do.

If the bank is brave

Their experiences bring in to question whether Australian financial institutions are capable of embracing the level of ethical followership that would be needed to rebuild trust with the Australian people.

Many within them would see it as too big a price to pay.

Others would see it as a small price to pay for continued access to a stream of government guaranteed deposits.