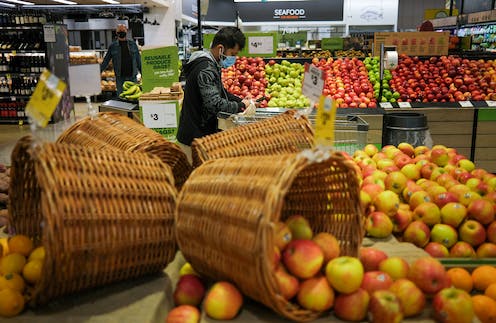 The Commerce Commission’s report into New Zealand’s supermarket sector[1] has been criticised for not going far enough to reduce food prices, but the answer to the current duopoly might lie in treating the sector as a public utility instead of a private industry.

When the commission’s report was released last week, many were disappointed the watch dog didn’t propose stronger measures to rein in the sector. The commission called for a mandatory code of conduct between supermarkets and suppliers. It also recommended greater transparency around specials and loyalty programmes.

But even the commission itself indicated that the “one off” market restructuring measures suggested by some might not be effective to reduce grocery costs.

A duopoly doesn’t have to mean high prices

The inherent nature of unregulated food markets means nearly all channels of food distribution will contain a small number of dominant industry leaders, distorting the pricing of food products for other industry participants.

Power is therefore unavoidable, but this does not mean its misuse is inevitable. Properly directed, market power in the hands of a few players could prove beneficial to consumers as well as other businesses in the sector.

This fairer supermarket sector could be achieved if the industry power players were governed as regulated public utilities[3], much like power and water. But such an approach would need to be legislated and has to combine simplicity with easy and effective enforcement.

To do this, the government should implement some key regulatory principles.

New regulations would need to ensure supermarkets do not engage in wholesale or manufacturing activity. The key to supermarket power is their control of the retail point of sale. If supermarkets are to be regulated as public utilities, then it is essential they are restricted solely to this activity.

Read more: The pandemic exposes NZ’s supply chain vulnerability – be ready for more inflation in the year ahead[4]

As public utilities, individual supermarket sites should only be allowed to charge a single fixed and publicly stated margin on the goods they sell. This is a novel requirement, but it is core to the process of regulating a supermarket as a utility.

Supermarkets act as a middleman between consumers and producers. The mutual ignorance of what is happening on the other side of the retail barrier allows the supermarkets to manipulate consumers and suppliers at will. It is the key process that converts supermarket power to profit.

The requirement that supermarkets must apply a single, publicly posted margin to all the products in their store sets this capacity to zero, and promptly makes the retailer a fully transparent channel for suppliers and consumers.

Regulation should include suppliers

Producers and suppliers should not be overlooked in this new regulatory regime. The concentration of wholesalers allows large businesses to dominate non-retail food sectors such as restaurants.

The primary outcome of this – a lack of difference between supermarket retail and wholesale prices for food products – is noted in the Commerce Commission’s materials.

The Commerce Commission recommended a code of conduct between suppliers and supermarkets to improve suppliers’ bargaining power. Phil Walter/Getty Images

Rule breakers should be punished

The transparency these regulations create means rule breaking can be clearly and directly observed without needing to go to the supermarkets themselves. Any effective regulation must also represent an immediate risk of penalties to those who break the rules.

With this in mind, infringements need to be treated as “per se” offences – meaning a crime is committed simply by infringement without regulators having to prove harm to third parties. Legal action against infringers needs to be available not only to the supervising entity, but also by any private citizen, body corporate or agency of local or national government.

Read more: Inflation is raising prices and reducing real wages – what should be done to support NZ’s low-income households?[5]

The supervising government entity should be an integral part of a ministry that answers directly to a minister of the Crown. Finally, penalties need to be significant and levied directly against the executive officers with responsibility for breaking the rules.

There is nothing wrong with powerful retailers as long as they are fully transparent to both suppliers and consumers, and their power can then be used for the general public good[6].

There is also no reason why such regulated and transparent entities should not make a reasonable return on capital for an activity that is effectively risk free. What is a reasonable return? Maybe for any supermarket owner, a reasonable expectation of return might be the equivalent to winning the lottery once a career rather than once a year.