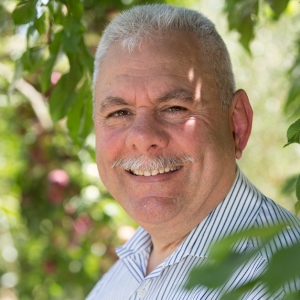 Social cohesion within the workplace is identified as the strength and extent of which interpersonal connection resides among the individuals within a team. This interpersonal bond is vital to supporting and encouraging employees to engage, participate, and remain motivated, to achieving goals. As such, it is this sense of ‘we-ness’ that small businesses strive to integrate, that ultimately sets them apart from their competitors.

Among the benefits of increased productivity, problem solving, risk management, and innovation for short term goals; it is ultimately the organisation’s capacity to embed social cohesion into the culture of the business that will result in sustaining ongoing outstanding performance.

With this being said, integrating social cohesion into the workplace is crucial to boosting organisational performance but it’s not always easy. With many businesses working from home, some teams spending significant extended periods apart, this has never felt more important.

Currently, even the act of getting to know our colleagues at a surface level is hard, let alone facilitating strong team engagement and appreciation of our diversity.

With A Taste of Harmony, an annual workplace diversity initiative that promotes social cohesion through a shared love of food coming up next month, we asked respected corporate leader Huss Mustafa to share his expertise on the benefits of social cohesion, and why it’s more important than ever to be taking the time to celebrate team diversity.

Huss Mustafa has earned himself a reputation as champion of cultural diversity, and until his recent retirement served as the General Manager of Multicultural Community Banking Australia at the Commonwealth Bank of Australia. He told us that there were three fundamental principles behind why diversity should be a priority in your workplace:

While many organisations understand the importance of integrating social cohesion, it is often difficult for company managers and/ or small business owners to create it. Huss Mustafa shares some key advice to begin overcoming issues of social cohesion:

Most importantly however, you need your teams engaged in each other. Mutual respect, appreciation of perspective and employees who feel safe and valued is the critical piece of the social cohesion puzzle.

With one in four Australian residents were born overseas, and almost half (46%) having at least one parent born overseas, we’re a proudly multicultural nation.

So as businesses many of us enjoy the benefits of a rich fabric of diversity across our teams.

Diverse teams foster unique perspectives, arrays of skills, and broad insight into tasks. In fact, when social cohesion is grounded into the culture of an organisation studies demonstrate that they are three times more likely to be high performing, eight times more likely to have better overall performance, and are twice as likely to exceed financial targets.

As a longtime ambassador and supporter of A Taste of Harmony I have seen the impact this event can have on fostering social cohesion across teams. I would encourage you to embrace the opportunity and celebrate team diversity by registering for the initiative.

A Taste of Harmony offers a number of free event ideas and resources to help celebrate social cohesion and cultural diversity so I’d encourage all workplaces to participate. At the end of the day, when working in a harmonious team, brilliant things happen.

About Huss Mustafa: Huss Mustafa OAM is a proud Australian with Turkish-Cypriot heritage who immigrated with his family at the age of 10.

Under very difficult circumstances, Huss was able to learn English in just over five years, pass his grades and at the age of 16 obtained his first job at the State Bank of Victoria. Until his recent retirement, Huss was the longest-serving senior executive with more than 48 years' service at Commonwealth Bank of Australia (CBA).

Throughout his lifetime, Huss has been active in promoting cultural diversity both in the community and within his workplace and is a longstanding ambassador of A Taste of Harmony. He has served on a number of boards including Mental Health Foundation Australia, Islamic Museum of Australia, Australian Turkish Business Council, and Refugee Communities Association of Australia. He also served a 4-year term as commissioner at the Victorian Multicultural Commission.