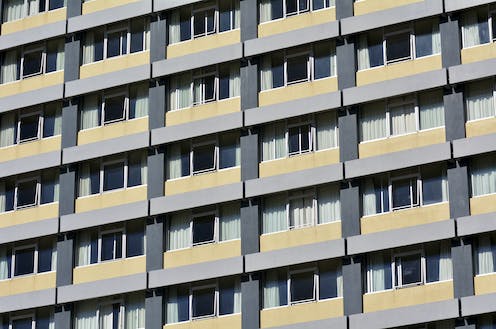 Having floated the prospect of introducing rent controls[1] just last week, it seems the government has already ditched the proposal.

In tentatively raising the idea, Associate Minister for Housing Poto Williams pointed out the need for policy solutions to the problem of rapidly rising housing costs. However, Prime Minister Jacinda Ardern has now adamantly stated[2]: “We are not considering rent controls.”

There will undoubtedly be some disappointment at this, given the state of New Zealand’s housing and rental markets. In the year to September 2021, rental rates rose[3] between 3.2% and 7.8%, while annual wage growth[4] was just 2.6%.

On the face of it, controlling rents might be an attractive option for a government looking to tackle declining housing affordability. Unfortunately, the evidence does not support the use of these policies.

Economists have carefully studied rent-control policies for more than 50 years and found they are often ineffective, poorly targeted, and with many unintended consequences.

An expansion of rent control in San Francisco in 1994 led to a 25% decline in available rental units. Shutterstock

While rent-control policies vary from place to place, one way or another they aim to limit increases in housing costs. For example, New York was once famous for essentially holding rents frozen in time (recall Monica’s apartment[5] in the TV show Friends). Rents in Sweden are negotiated between tenant and landlord associations, and rental rates in Germany are tied to rents on similar housing units.

Similarly, studies of the end of rent control in Massachusetts[7] in 1995 and the introduction of rent control in Germany in 2015[8] both show reduced rental rates paid by tenants, although these effects appear to have been short-lived.

Read more: 'Greedy landlord' stereotype is not true for all in private sector – some use power responsibly[9]

Many other studies, however, show the response of landlords to rent control undermines the goals of the policies. One careful analysis[10] of San Francisco, for example, found an expansion of rent control in 1994 led to a 25% decline in available rental units among the newly rent-controlled apartments.

Rather than lease their units at sub-market rates, landlords either sold property into the owner-occupied market or demolished and reconstructed the apartments to escape rent control. Unfortunately, many apartments that had previously been rented by low-income tenants then shifted into the hands of higher-income tenants and homeowners.

A further problem is that controls can lead to higher rents on non-controlled housing. Research suggests landlords may compensate for losses[11] on their rent-controlled units by raising rents on units not covered by rent controls. Although controls may keep a lid on the cost of individual rentals, they’re unlikely to reduce housing costs overall.

One study of New York showed many tenants were ‘mismatched’ with their rent-controlled apartments. Shutterstock

Good for some, but not all

There’s no doubt rent-controlled houses are great for tenants – if they can find them. In Sweden, rent-controlled apartments are in such great demand[12] the government manages decade-long waiting lists of prospective tenants.

Of course, renters won’t simply wait in the cold, so existing tenants sublet their apartments to new tenants (without government permission) at prices much closer to market rates. Landlords are also known to charge what are called “key payments[13]” before possession of a rental changes hands.

Part of the reason it’s so hard to find rent-controlled housing is that tenants tend to stick around for much longer than they otherwise would. Studies from San Francisco[14] and Denmark[15] show rent control significantly reduces the likelihood of a tenant moving out of their apartment.

While those tenants might be quite happy staying put, there are costs involved. A 2003 study of New York[17] showed many tenants and dwellings were “mismatched”, with their rent-controlled apartments too big, too small or too far from the right amenities.

Tenants subject to rent control can face longer commute times[18] and are less likely to search for work[19] outside their local area if they become unemployed.

Another potential problem is that rent control may discourage landlords from maintaining properties, leading to lower-quality housing for tenants. Massachusetts landlords subject to rent control skimped on upkeep[20], failing to maintain paint, plaster or damaged floors and walls.

In New York, landlords allowed housing quality to deteriorate faster[21] when the difference between market rents and controlled rents was larger.

Read more: Rents can and should be reduced or suspended for the coronavirus pandemic[22]

Rent controls could exacerbate New Zealand’s housing issues. Rental accommodation may be harder to find, no less expensive, and in worse condition than many rentals are already today. But this begs the question of what the government should do instead.

The goal should be well-targeted policies that do not significantly disrupt the functioning of the rental housing market. Policies that too readily interfere with the rental market are likely to be worse for tenants than they are for landlords.

Subsidies for low-income households are one possible solution. But, as has been argued elsewhere, accommodation subsidies tend to raise rents[23] further when housing supply is limited.

Rather, the government needs to work faster on fixing the various roadblocks to increasing New Zealand’s housing supply. While this poses significant challenges, they cannot be avoided with a quick-fix policy like rent control.

And while previous governments should have started work on housing supply 20 years ago, the next best time to get started is today.