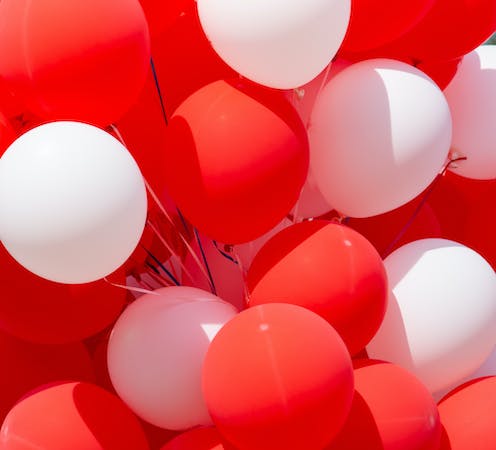 There are two things that can happen to an asset price bubble. It can burst dramatically, or deflate slowly.

Which brings us to the Australian housing market.

Prices in Sydney and Melbourne continue to decline at a modest rate. The CoreLogic index[1] has Sydney prices down 6.1% for the last 12 months, and Melbourne down 3.4%.

This barely dents the huge increases in previous years and is consistent with “deflate slowly” scenario.

What could cause a pop?

Interest-only loans could do it

As I have said here before[2], one of the worries is interest-only loans.

Around A$360 billion of these loans are due to be rolled over over the next three years. If they are not, they will convert to principal-and-interest loans, which are much more expensive to maintain.

Given that only about 15% of loans currently issued are interest-only, down from 40% in recent times, that means a lot of people are starting to pay the more expensive principal and interest. For some, the jump in repayments will be as high as 40%.

Read more: Vital Signs: Interest only loans are an economic debacle that could bust the property market[3]

That’s scary enough. But this week’s minutes of the October Reserve Bank board[4] meeting point to another concerning possibility – an old-fashioned credit crunch.

The bank put it this way:

Members discussed the release of the interim report of the Royal Commission into Misconduct in the Banking, Superannuation and Financial Services Industry… Members observed that while the regulators had already overseen a tightening of lending standards, and a degree of tightening of lending standards had been implemented by banks in anticipation of the Commission’s findings, it was possible that banks could tighten lending conditions further given the issues raised in the report. Members noted that it would be important to monitor the future supply of credit to ensure that economic activity continued to be appropriately supported.

Translation: the banks have stopped lending as much, and might lend even less; this could be bad for the economy.

Could it blow up the housing market?

Here’s how it would happen

If the amount of housing credit available is significantly reduced, it is hard for people to buy properties.

That means it becomes hard for people to sell – or even move from one property to another. A market with fewer buyers and sellers in it (what economists call a “thin market”) means more volatile prices.

This turns the price someone gets from selling a property into more of a lottery. There’s a decent chance the seller gets much less than she thought.

Worse still, most people are highly leveraged in residential property – often putting down a deposit of just 10% to 20%.

Owners would get hit rather than their banks

All the drop in the selling price hits the owner, because the bank gets paid back no matter what.

So a 10% drop in price can wipe out all the seller’s equity in the property.

Even if the owner has paid down, say, half the loan, that’s a big hit.

It’s the prospect of this that causes people not to want to sell. If an owner can hold on, they will.

So which properties end up on the market? Precisely those of the people who really need to sell.

They would sell because they had to

Knowing this, and without much competition, buyers turn the screws, pushing down prices still further and exacerbating the problem.

Of course, for that to happen people need to sell.

Why might that be? There are are number of reasons. Their repayments could rise because of rates rising. Even without an official rise in the cash rate by the RBA, banks can, and recently have, raised rates because of their funding costs in money markets.

A borrower might need to change cities because of their job, or might lose their job and be unable to meet repayments. Or a borrower might have an unexpected expense, perhaps relating to health care. The list goes on.

We can’t be sure it won’t happen

It is hard to predict whether any of those things will happen to people in sufficient numbers to cause a meltdown.

But that’s the whole point – it is hard to be confident that it won’t happen.

And if it does occur then the consequences could be huge.

It might seem perverse that the big four banks could voluntarily cut back on lending and cause a collapse in prices that craters their own loan books. Yet that’s exactly the lesson from the work of John Nash[7], who won the 1994 Nobel Prize in economics for his work on game theory. In a strategic setting, what is best for the individual might not be best for the group.

If individual banks don’t cut back their lending but others do, they will get stuck with the worst loans.

Avoiding that fate might mean creating market conditions that hurt all existing loans.

It’s the paradox at the heart of game theory.

But I’m hoping for the best

I’m still betting on the residential property market deflating slowly, rather than popping.

But unfortunately you don’t need to get too creative to imagine scenarios that involve a very loud pop – for property owners, the banks and the economy more generally.