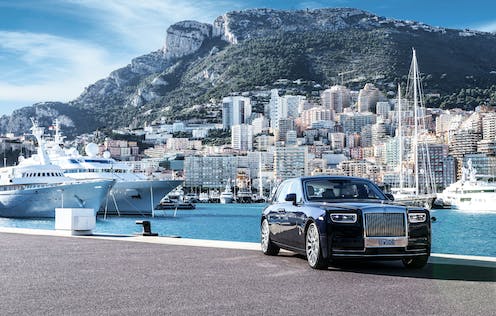 The International Consortium of Investigative Journalists (ICIJ[1]) is in the process of working through another mountain of documents showing how the rich and powerful use the global financial system to hide their wealth and avoid taxes.

Commenting on the 13 million financial and tax documents comprising the Paradise Papers in 2017, we wrote that[6] “governments have not learnt their lesson and taken action”.

Four years later here we are again. Some progress has been made on the critical reforms needed – in particular, eliminating the secrecy that shrouds tax havens – but there’s still more to do.

In sorting through these new documents, journalists have quite reasonably tended to focus on the “easy connections” and “known individuals”. This work has identified at least 956 companies with more than 336 beneficiaries who are “high-level politicians and public officials”.

But as juicy as these stories are, we should not be distracted from the systemic issues that lead to the wealthy using offshore legal entities and accounts. It’s not always nefarious or illicit.

In the Pandora Papers are arrangements that, with incomplete information, may appear suspect but may be quite legitimate.

An example might be the 81 trust structures established in the US state of South Dakota and at least 100 more in various other US states where trust disclosures, especially about beneficial ownership, are not mandatory. To properly assess these transactions we really need more information.

Read more: What's in the Pandora Papers? And why does South Dakota feature so heavily?[10]

The use of complex business structures, involving countries with high levels of secrecy, may be done to facilitate tax avoidance. But it might also be “asset protection”.

In countries with weak property rights and unreliable judicial systems, even those who accrue wealth legitimately can fear losing it.

Consider, for example, the case of China’s billionaire actress and singer Zhao Wei, who in August was “erased from history[11]”, or Jack Ma[12], China’s richest man until he criticised financial regulators[13] last year.

This creates a demand for assets held in other countries (preferably secretly) and a legal system that protects ownership of those assets. It also likely explains why 3.3 million of the 6.9 million documents in this latest leak relate to offices located in Hong Kong.

An analysis of these documents recognising the relative strength of property rights in the countries where individuals, or their businesses, are based would be interesting — and not just as an “academic” exercise.

In many countries, particularly developing countries, weak property rights contribute to lack of capital for economic development by creating incentives for the legitimately wealthy to use offshore accounts and assets.

This suggests a critical need to enhance property rights in these countries.

Five years ago when discussing the revelations from the Panama Papers, we suggested the first thing the global community needed to do was require the public disclosure of country-by-country reporting of company tax affairs by all tax authorities. This idea (known as CbCR) emerged from OECD and G20 recommendations made about the time of the Luxembourg Leaks in 2014.

About 100 countries have adopted the CbCR policy, at least in part. The problem is that in too many cases – such as Australia and the US – the disclosures are only to the tax authority, not to the public.

In 2017 we also recommended all countries have public registers of beneficial ownership of all entities.

There has also been some progress on this. Significant pressure has been applied to tax havens or secrecy jurisdictions such as the Bahamas and Switzerland. But more is needed.

In Australia, for example, the Paradise Papers led to the government floating the idea of a public register of beneficial ownership, but this was shut down soon after. In the US, states such Delaware and South Dakota are still “secrecy jurisdictions”.

Some progress has been made in making tax havens and secrecy jurisdictions more transparent. But many would say the progress has been mainly benefited wealthy countries, helping them increase tax revenue and to be seen to be doing something to fight corruption, while still allowing corruption to flourish in poorer nations.

Until countries such as the US and Australia embrace the reforms that have been on the table since LuxLeaks, expect further document leaks with similar results in the next five years.