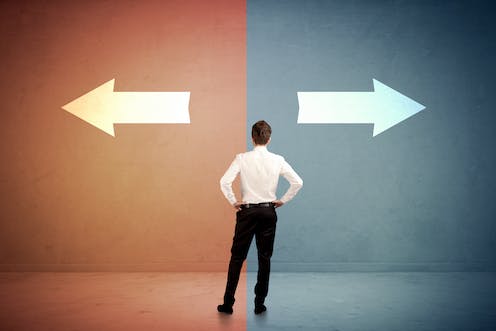 The Financial Services Royal Commission has highlighted the astonishment and anger of some customers who’ve had their insurance claims rejected.

Some assumed wrongly their policy covered them for losses from their heart attack or cancer. Others were angry and frustrated that their home contents insurance didn’t cover losses from floods.

When you take out insurance you are buying a promise. The insurer promises to pay for losses arising from the event mentioned in the policy; be it fire, robbery, flood or something else.

Read more: What is flood insurance and why the system is broken: 6 questions answered[1]

It would be reasonable to think that a sensible person would know what that promise was before he or she paid the premium.

But that assumes a sensible person can understand the words used in the policy.

They are not always easy to find on the insurer’s website and, even when they can be found, are usually long and complex.

No less a body than the Insurance Council of Australia[2] has acknowledged that the exclusions and limits in the statements are often poorly understood.

To overcome this problem, it has been mandatory since 2012 for home contents insurers to also provide a shorter two-page “key fact sheet” (KFS).

It outlines in simpler language which events the policy does, and does not, cover.

We undertook a study, funded by the NSW Financial Rights Legal Centre[4] to find out if a KFS is more likely to nudge consumers towards making rational buying choices than simply providing a PDS.

Does a ‘key fact sheet’ help?

We found that, even in highly idealised conditions, the KFS wasn’t a standout success.

The study involved 406 randomly chosen participants across Australia. They were asked to consider buying a hypothetical home contents insurance policy.

We provided them various choices between buying a good, okay or bad policy. They were not told the policies varied in quality. The only information they had about each policy was a PDS or a KFS, or both, we designed.

They could also choose not to buy a policy.

We told them that after they decided on their purchase, a computer simulation might signal that an event, like a robbery or fire, would happen over the following 12 months - or that nothing would happen. If the simulator signalled a bad event, and they hadn’t bought insurance that covered them for it, they would lose a “bonus payment”.

The inclusions and exclusions were not buried in fine print but set out clearly in both documents.

Here are the findings for when we asked people to choose between the good policy and the bad policy:

The best outcome was when participants were offered only a short KFS and not the longer PDS. In this scenario 76% of participants opted for the good policy.

Yet even in this most ideal circumstance – a simple choice between an obviously good product and an obviously bad one on the basis of a clear two-page document – about 10% still chose the bad product and 14% bought no insurance at all.

Disturbingly, the worst outcome was when participants were presented with both the short KFS and the longer PDS. It was even worse than with the disclosure statement only.

When participants were required to choose between three products, the proportion choosing the better product declined markedly. Using the KFS alone, only 41% chose the best product.

Time to rethink the onus on us

These findings, along with other research on the lack of consumer comprehension of insurance terms and conditions, ought to prompt a rethink about putting the onus on consumers to make the best choices on the basis of the information available to them.

The inclusions and exclusions for all home contents policies, for example, would be the same. And also for motor vehicle, travel and other forms of insurance.

Consumers could be offered a choice between gold standard cover, which would provide the most cover, and silver and bronze, which would offer less.

By mandating standard terms, consumers would have less anxiety about what is buried in the detail of their policies.

It would mean insurers have to compete on price, rather than confusing consumers by making products difficult to compare.