Excitement among Cook Islands tourism operators and officials at the opening of quarantine-free travel[1] with Aotearoa New Zealand was understandable. The impact of the pandemic on the island nation’s economy has been massive and will be felt for a long time.

But it wasn’t long before a local environmental organisation sounded a warning[2] about the risks of a return to high-volume tourism.

The popular Muri lagoon area has already suffered from pollution. There is also pressure on sacred sites such as Avana harbour, legendary departure place of the seven canoes that sailed to Aotearoa around 700 years ago.

On the other side of the world, there is a renewed movement to save Venice[3] from pre-pandemic threats of over-tourism and cruise ships damaging its ancient canals.

In Aotearoa New Zealand, too, people have been given pause to think about whether a return to tourism as usual is viable.

One iwi, Tūhourangi Ngāti Wahio at Whakarewarewa[4] in Rotorua, has seriously considered whether to allow tourism to resume in their village. Virtually synonymous with the birth of tourism in Aotearoa, the iwi now questions just what benefits its people are receiving from tourist activity.

Everywhere, it seems, there are debates about what tourism will look like in the post-COVID era. 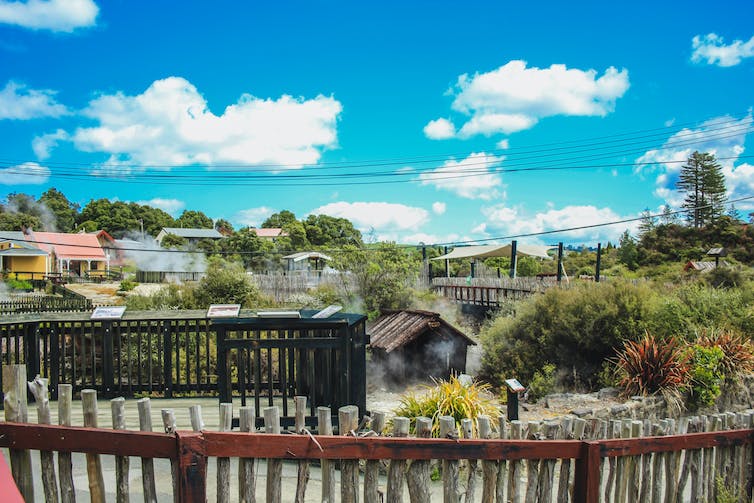 No return to mass tourism

As regular flights between Aotearoa and Australia resume, the issue of high-volume tourism and its environmental impact[5] is now front and centre.

Significantly, the Parliamentary Commissioner for the Environment has advocated[6] for using the disruption caused by COVID-19 to transform the local tourism industry.

This would be based on the industry being accountable for its environmental costs, and involving local communities and mana whenua in decision-making — echoing other calls to recalibrate tourism within “sustainable bounds[7]”.

Few people would argue for a return to unsustainable practices, but what does this really mean? And who might we turn to for solutions?

Read more: NZ tourism can use the disruption of COVID-19 to drive sustainable change — and be more competitive[8]

We argue Indigenous philosophies of enterprise[9] and economy[10] have the potential to provide those answers — if we are bold enough to allow such voices to be heard.

In Māori philosophy, people and the environment are kin. As such, they depend on one another for their well-being. Consequently, some of the voices we need to hear are those of Papatūānuku (Earth mother) and her elements, the rivers, mountains and seas.

What is more natural than wanting to have a conversation with your relations in times of trouble or joy? This can be an alien concept for many, but the Māori practice of karakia (incantation) is essentially about communicating as kin with the natural elements.

In fact, these ideas have already found expression in Māori tourism operations on the Whanganui River[11]. Te Awa Tupua, an ancestor of the iwi of the river, has been recognised as a person in law[12] through a settlement[13] of past wrongs under Te Tiriti o Waitangi between Whanganui iwi and the Crown. 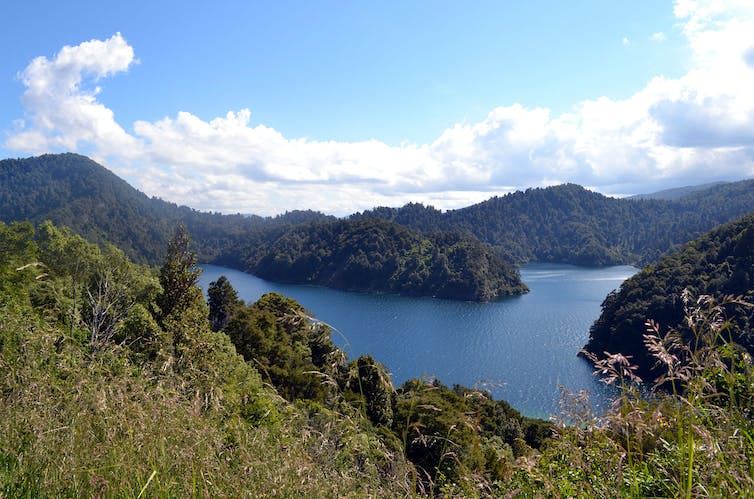 While relatively novel, the granting of legal personhood to Te Urewera[14] in 2014 and Te Awa Tupua in 2017 enacts a fundamental idea of indigeneity — that all things, human and non-human, are interrelated.

For the iwi of Te Awa Tupua, this sense of unity is captured in the tribal saying:

Perhaps those wanting a conversation about what sustainable tourism might look like could begin by asking the river.

This is not a fanciful suggestion. Te Awa Tupua has been given a human face in the form of Te Pou Tupua[15], a single role held by two people appointed to speak on behalf of Te Awa Tupua and to uphold Tupua te Kawa[16], the natural law and values of the river. 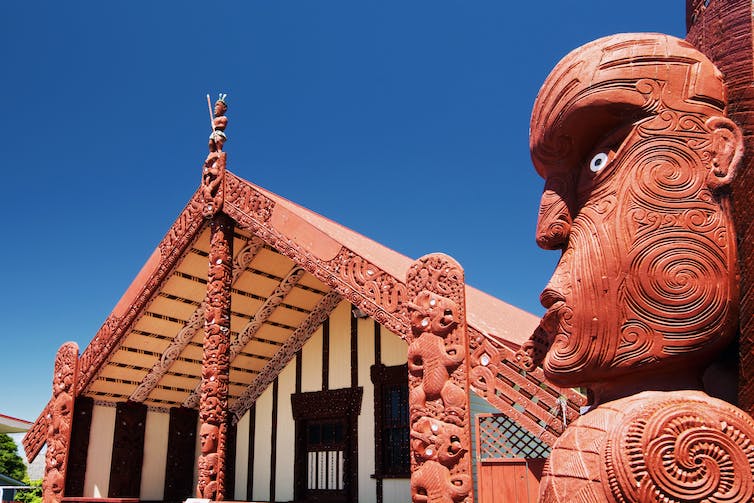 Te Papaiouru Marae in Rotorua: smaller-scale cultural experiences could be the future. www.shutterstock.com

One Māori-owned jet boating enterprise, for example, would forgo tours beyond a desired daily maximum to help minimise the environmental footprint of the operation on the awa (river) and surrounds. They preferred to focus on quality of experience, not quantity of visitors.

Another Māori operator prioritised job opportunities for whānau to harness their cultural knowledge and deepen their connection to the awa. As the owner reflected:

I think the biggest aspiration is for my kids to know and identify themselves with the river.

Similarly, a marae-based tourism experience has avoided catering for busloads of visitors in favour of smaller groups. Tribal narratives of the awa are linked to discussions about climate change, all within a culturally unique space that allows time to reflect on the human connection to Te Awa Tupua.

Tourism and the Treaty

These examples of Māori tourism demonstrate there are other ways of thinking beyond a return to the old mode of accentuating growth at the expense of the environment and local communities.

Given the impact of COVID-19 now and likely into the future, the tourism industry can’t ignore the innovative potential of Māori world views.

A sustainable tourism model also recognises the essential purpose of treaty settlements such as those agreed in Whanganui — to allow people to live a good life in peaceful co-existence with each other and the land for all time.

In practice, this means a homegrown Indigenous framework for discussing and building sustainable tourism is already at our doorstep. We need only ask the rivers, the mountains, the seas – our ancestors – for guidance on what that means for coming generations.